The Golden Bowl, Henry James’s highly charged exploration of marriage, father-daughter relationships and adultery, (self-disclosure: I never finished it!) derives its title from Ecclesiastes 12: “Or if ever the silver cord be loosed, or the golden bowl be broken…Then the dust return to the earth as it was: and the spirit shall return unto God who gave it. Vanity of vanities, saith the preacher; all is vanity.

So let’s summarize: a father-daughter relationship that creates jealousy in the wife, adultery, and vanity. Umm.

So, what about the Golden Bowl, you ask? In Ecclesiastes 12, the bowl is considered to represent the purity of the body in relationship to God; humanities inability to maintain the purity of this connection is inevitable because of its vanity. So in layman’s terms: we are all impure, vain and ultimately this vanity breaks the bowl and we return to sender (God.)

When Reince Priebus read The Don this passage in attempt to beef up his top 10 hits of the bible in preparation for his meeting with the pope he responded: “Have you ever seen my Golden Bowl?” 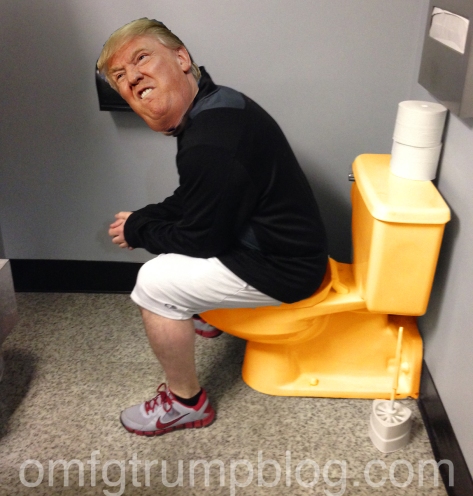 “Show them,” said The Don, pointing to an unknown passenger who turned out to be The Don’s special plumber. Some King’s never travel without their court musicians; they bring joy to the king, soothe in times of distress; this wannabe king needs his plumber.

When The Don and his entourage embarked on his first international adventure he was surrounded by a team of loyalists who were all given instructions to use the word yes and the phrases you are amazing and your shit never stinks (which makes perfect sense given the golden bowl) as often as possible. They also practiced the art of short declarative sentences, prepping him, so that he would avoid the embarrassing rambling self-referential gibberish Trump- speak he is known around the world for. They were also expected to end sentences with My Sire and My Holy See because he was meeting with the King of Saudi Arabia and the Pope and he is not one to be outdone.

The Don is not a great fan of traveling. He is a creature of comfort and doesn’t take well to being out of his comfort zone. The Don’s travel usually entails visiting one of his properties where there is already a golden bowl installed in each of his bathrooms. A well -known Germaphobe*, he has installed dispensers of Purell all over the White House.

Despite the fact that The Saudi’s, who also live in gilded palaces, have their own golden bowls, The Don put the plumber straight to work to hook up his bowl and exhaled a sigh of relief knowing that his comfort was assured and now the festivities could begin.

The Saudis really did give him the royal treatment, red carpet and all. They had watched tapes of Trump during the campaign and commanded the masses to chant “Make America Great Again”, though they exhibited a startling amnesia for his infamous proclamation to ban Muslims from our country. 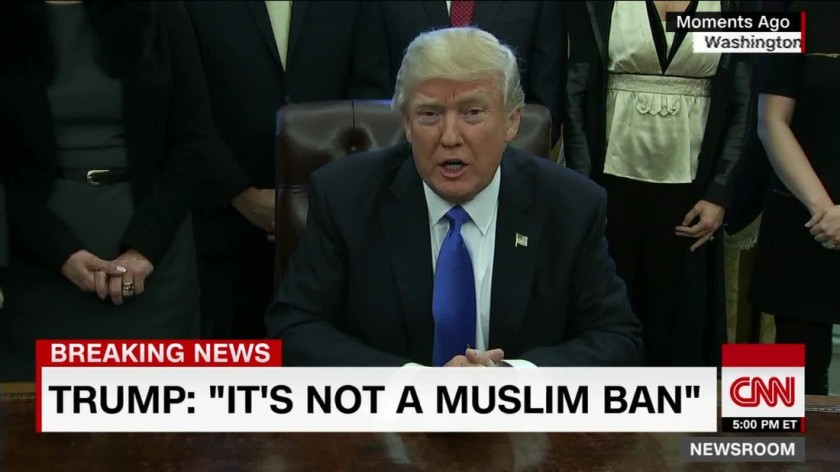 The Saudis hated Obama because he challenged them to shift their treatment of women, promoted civil rights, stated that we were no longer dependent on their oil and that their radical Islamic teachings-known as Wahhabism were intolerant of other Muslims, Jews and Christians and a breeding ground for terrorism. (If you recall, most of the terrorist responsible for 9/11 were from Saudi Arabia!)

Here comes the Don, who couldn’t be bothered to know the difference between Shiite and Sunni referring to them as those S words, who cares nothing for women’s rights, freedom of the press, and who wants to make oil deals being heralded as a hero. He is the man who will build relationships between the West and Islam. Make peace in the Middle East. Raise your glass to the new hero of the Muslim world. And if you believe that I have a unicorn to sell you.

A little birdie (Oh, those damn leaks!) told me that near the end of the festivities he leaned over to one of his aides and inquired if there was any news about the appeal on his Muslim ban. The aide, downtrodden, shook his head. The Don, enraged, looked around and suddenly seemed to take in that he was surrounded by thousands of people with funny things on their heads, excused himself and made a beeline to the bathroom, where he took out his Purell and vigorously washed his hands in order to get the stench off from the handshake with the Saudi leader. Then he retreated to his Golden Bowl where comfort was fully restored, flushing his bull -shit down the drain!

*See my piece entitled: The Greatest Germaphobe In The World for further reflections on The Don’s Germaphobia.