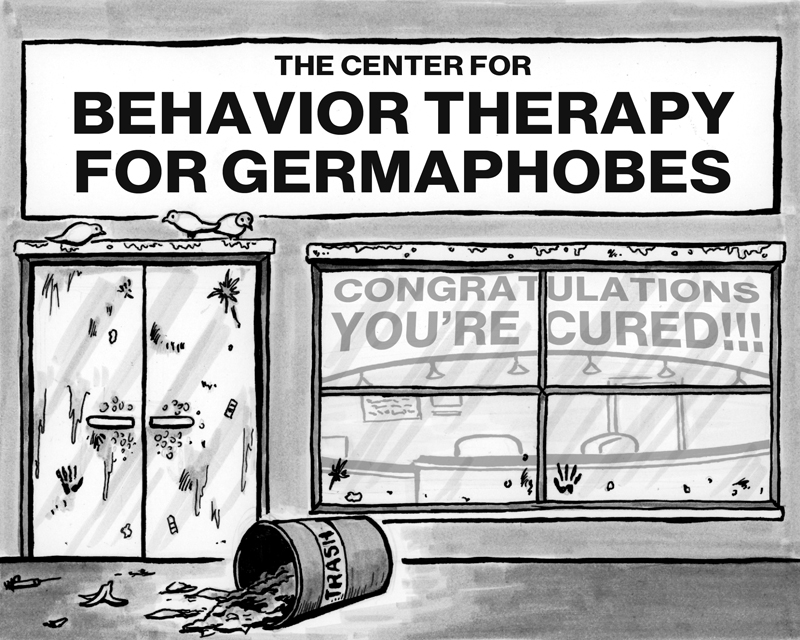 “The Don” finally broke down and gave his first press conference since July, an event that would have dazzled Barnum and Bailey. It was the first fake press conference ever given by a President. After the event he tweeted, “Had a great press conference. A couple of fake news organizations there but the people get what’s going on.”

It had all the trappings of a press conference:  reporters sitting anxiously, cameras flashing, even a lectern. But it came off as a campy episode of the reality show I call “1600 Pennsylvania Avenue.” It was, of course, a one-man show filled with feats of chicanery, pugilism, dark arts, obfuscation and remarkable escapes. There was even a serious-looking lawyer trying to pull a rabbit out of her hat, painstakingly explaining how “The Don” would be beyond reproach regarding any conflict of interest when it came to his financial holdings as his sons would be in charge of the business. Her 20 minutes of dissembling pretty much came down to,“When he has dinner with his sons, they will never talk about business.” I guess there won’t be any conversation, as I think that covers what they talk about. Somehow, I just can’t imagine the touchy-feely kind of interchange. (Particularly the touchy part, he being a germaphobe and all. More about this later.)

So when the lawyer finished and finally pulled the rabbit out of the hat, it was dead. Sad, so sad! The audience gasped, but as they say, “the show must go on.”

After the lawyer and the dead rabbit left the podium, the big tent main event began.

Russia, yeah…. Probably did something…. Hacking, everybody does it. How stupid were democrats…Republicans stopped it — we had a secret shield.  (A reporter from CNN) “Can I ask a question?” No, you are fake news. Can you believe it? I could have made $2 billion today if I wasn’t President? Giving it all up for you, the American people, particularly the uneducated ones who, well, didn’t get that I was pulling a fast one. Mexicans are amazing … Love them; love tacos, too. My love for Mexicans will make them want to build the wall. All my nominees are Great. Great. Great. Some say best cabinet ever. Can you believe how the media just made up stuff about me? … Disgusting. The people know what I am talking about. Do you think I would watch prostitutes urinate on each other? (Maybe we should ask Billy Bush what he thinks?) Everyone knows I am a famous germaphobe. Maybe the greatest and most famous one ever!

So let’s talk about germaphobia or mysophobia, which derives from the Greek “myso” for germs and “phob” for afraid. It is described as an excessive and sometimes irrational fear of microbes or getting contaminated with germs. Germaphobes believe the world is a dirty place.  Turns out that Howard Stern is a germaphobe, too. Perhaps after he and “The Don” finished one of their titillating and salacious conversations they went to the bathroom together to wash their hands. What happened next I will leave to your imagination or maybe we should ask Billy Bush?

Germaphobia is thought to be part of the OCD family. Other famous people who suffered from OCD  are Alfred Hitchcock, who also happened to be scared of eggs and Oprah Winfrey, who fears gum chewing because growing up her grandmother collected already chewed gum and left it out like decorations. And I can’t go on without mentioning the famous Cataphobes: Napoleon, Hitler and Mussolini. What’s up with that? Some think cats look right through you into your soul. That’s some eerie dark shit. And to think all we needed to do to stop the killing of millions of people was to have Garfield show up. Man, did we fuck up or what?

Freud’s view of germaphobia  is that one has unconscious anxiety/conflict about some nasty shit buried within, and the discomfort this nasty shit creates is externalized in a compulsive worry that the world is a dirty place. Better to think there are microbes on your hands than connect to that dark stuff inside. When you wash, you momentarily quell the anxiety; but since the dark stuff inside doesn’t go away, you have to repeat this over and over.

It is well known that “The Don” doesn’t like to shake hands, because if he had done the requisite hand shaking that is the standard of politicos, it would have driven him to spend so much time in the bathroom washing them that he wouldn’t have been able to campaign. So all we had to do is insist on shaking his little hands and we could have prevented all this? Boy, did we fuck up or what? 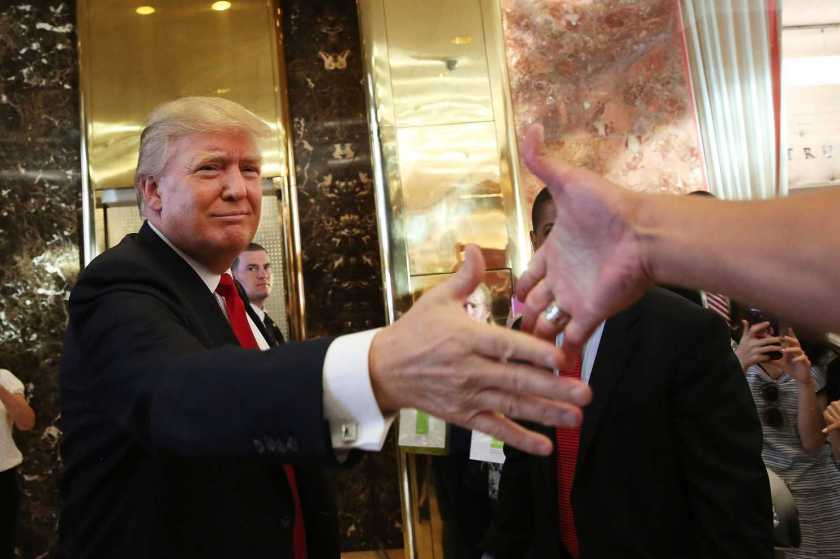 So what does this all mean? Well, it comes as no surprise that the “The Don’s” words and actions reflect some pretty nasty, dark shit inside him. And that should worry us, as he is now going to get to play all of this out on the world stage. So what do we do? Protest, resist, call your local elected official and/or devour entire boxes of Oreos to calm yourself down? Not bad. But my fantasy is that, as he is being sworn in and places his little right hand upon the Bible, God is so nauseated by the blasphemy that he barfs all over “The Don.” And since these are God’s germs, well, they never wash off! And if that doesn’t work, we can congratulate him bigly by compulsively shaking his hand, hoping this will do him in; and if that fails, I hope someone in the front row brings a cat, because he shares a lot of traits with those famous cataphobes.