WAA, WAA ,WAA, WAA! The man who prevented blacks from living in his buildings when he worked with his daddy in the good old days, who has sexually assaulted women with glee and impunity, and who derisively mocks disabled people–is whining that the world is unfair.

The man who was born with a silver spoon in his mouth, who has fucked over so many people by lying to them, not paying them, bullying them, who has bought his way out of every dubious, perhaps illegal situation, is whining that the world is not fair. 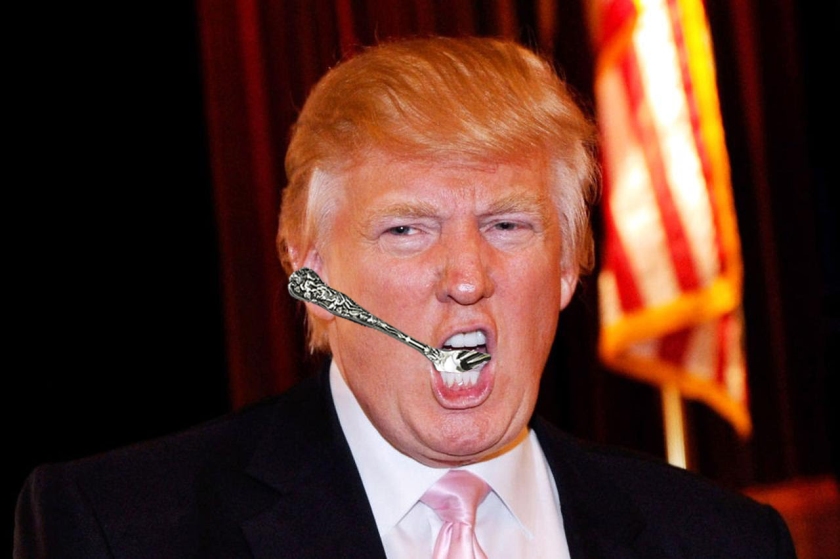 He is the most maligned president Ever! His maligning, his unfair treatment is the most bigly, the greatest! (Move over Lincoln as you were merely shot and killed!) He is just trying to do great things and idiots like Jim Comey are just getting in his way. He has done nothing and is the foil for “Fake News” and being undermined by what Steve Bannon refers to as the “deep state.”  This Russia thing is a “witch hunt.” Frankly, Trump’s comparing the current investigation he and his cronies are under does a disservice to witches-now that was some unfair persecution! Give me a break! If you didn’t want the world to scrutinize you, you should have stayed in your Trump Tower of Corruption where you were king. You thought you could just move the palace to the White House and everyone would just fall in line like some employee in your real estate business. Sorry, it doesn’t work that way. It’s so unfair!

The Don, who has never done anything wrong, who is the “least anti-Semitic person ever”, who loves African Americans and particularly loves uneducated people is just perplexed over all the negative press he is getting. The fact is he is being maligned because he is malignant! He is the closest thing to a human virulent tumor that has ever inhabited the White House. And in the parlance of The Don, maybe America’s “Greatest Cancer Ever.” Each day, like a metastasis, comes new information and revelations about his conflicts of interest and malfeasance, which are eating away at the fabric of our democratic process.

In The Don’s address to U.S. Coast Guard graduates he spoke about the challenges they faced:

“Now I want to take this opportunity to give you some advice. Over the course of your life you will find that things aren’t always fair. You will find out that things happen to you that you don’t deserve…Look at the way I have been treated in the media. No politician in history, and I say this with surety, has been treated worse!”

In the parlance of The Don does that translate in to the greatest worse treatment?

I just had to do that because I want to go down as having the Guinness Book of World Records for how many WAA, WAA, WAA, WAA’s appeared consecutively in a sentence!

The Don, who sells himself as the Don’t Fuck With Me, Just Fuck Them Man, has a new moniker: Whiner-in Chief. This title comes with two new theme songs:

Cry Me a River and my particular favorite, the childhood taunt:

Stick your head in gravy,

Wash it off with bubble gum

and send it to the Navy.

The Don’s version would end with send it too the Coast Guard. The leader of the Armed Forces shows up to celebrate its newest members and inspires them by whining about how unfair he is being treated. Just the kind of message that emboldens you to risk your life trying to protect your country-the tough guy promulgating the art of whining! Imagine you are one of these newly minted graduates asked to take on a mission that potentially puts you in harms way and turning to the officer in command and invoking article TAFWDYAH (That’s Unfair Why Don’t You Ask Him) while whining you are just following the Commander-in Chief’s instructions.

Don’t you just wonder what these graduates were thinking when The Whiner-in Chief was singing his song of woes? What the heck is that dude talking about? Why is he talking about himself, isn’t this supposed to be about us? This guy is such a wuss? We have to follow his orders? I heard this dude sees our major function as the protector of Mar-a-Lago but isn’t giving us any money for it. Man, this guy would never last a second in the military; he is such a baby!