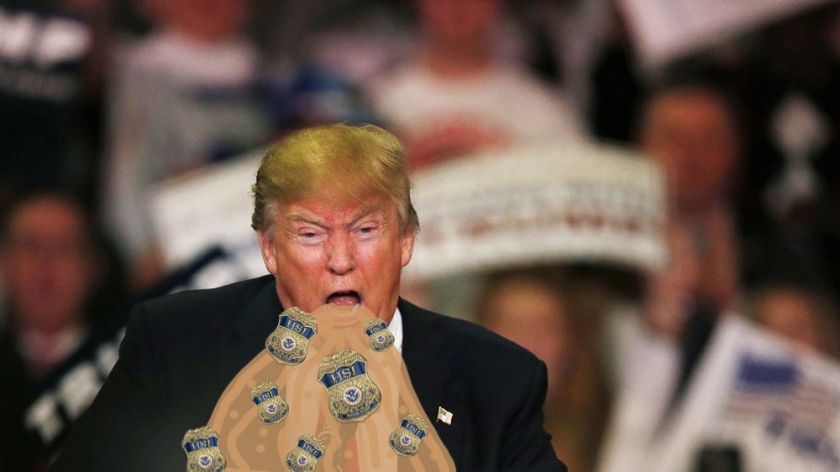 Binging and purging are often associated with one another when we talk about the eating disorder Bulimia. It goes like this: Someone binges on a large amounts of food in a concentrated amount of time, they become sickened by what they have just done and then they throw it up (purging).

This week has been referred to as the “big purge” because of all the members of the Homeland Security Agency that were banished from The Don’s kingdom.

Full from what, I ask?

Too many Big Macs?

Full (of shit) from all the lies?

Bloated with an “I alone can fix it” grandiosity rarely seen on public display.

Stuffed to the gills from over consumption of Fox News, particularly the heaping portions of bullshit from Sean Hannity.

When you look at Roy Cohen (oops, I mean William Barr), don’t you think his stomach is growing day by day from gorging the Mueller report: I wonder how full you get when you eat 50% of the words in 400 pages. (By my calculation that’s about 40,000 words or so.)

How about Stephen Miller, the ghoulish immigration impresario? His ego is swelling to such proportions that he couldn’t fit in one of the cages he delights in placing women and children in.

How about the Republican lawmakers binging on sycophancy?

Now that Game of Thrones is in its final season, HBO is seeking a replacement. In this show, politicians take in great quantities of what The Don feeds them with the belief that this will sustain their power; however, little by little, as a result of their despicable pulchritude and increasing immorality, they shrivel up and become less and less human; purged of their humanness, they are sent to purgatory to contemplate what they have binged on. I can’t wait to write the pilot for this show!

So here we are again. Actually, we have never left. The Don continues his ranting and raving about the border. His statement that “we are full” made me think of the “No Vacancy” signs you see on hotels. 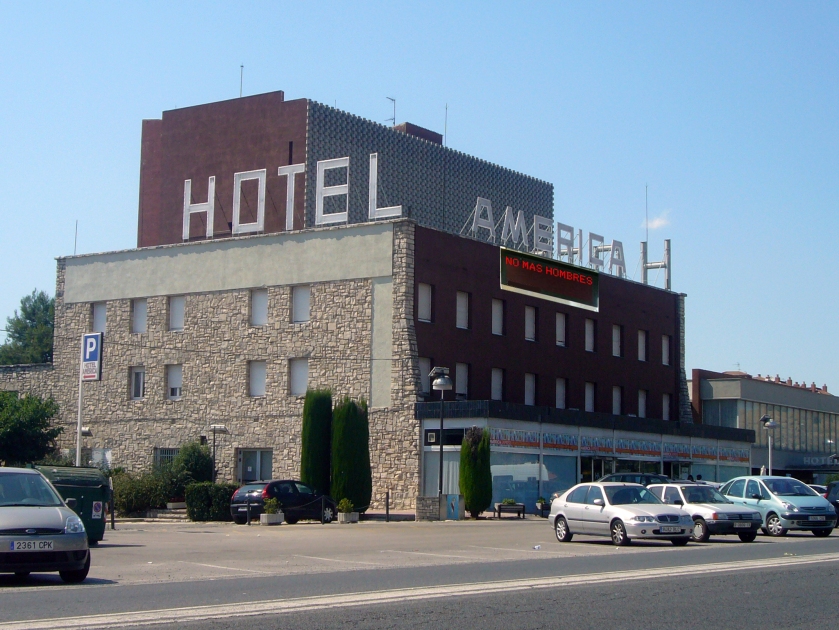 Despite The Don’s ludicrous statement that the country is too full to let anyone else in, economists and demographers disagree.

They see ample evidence of a country that is not remotely “full” — but one where an aging population and declining birthrates among the native-born population are creating under-populated cities and towns. Actually, there is a paucity of workers to propel the economy. The heinous Trump trope, that “those people” are coming to take their jobs and threaten their security, is standard pork for his base.

Stoke fear of the other and decry that you are the great protector and will save them from the vermin. The Don’s rhetoric of dehumanization of those crossing the border has allowed his administration to separate children from their families without a tinge of guilt or remorse. In fact, though The Don had ended the separation policy, he is considering it again.

The purging of Kirsten Nielson as head of Homeland Security, along with other high- ranking officials, allows The Don to get rid of any of the guard-rails to temper his actions.

The Don is unhappy and having a tantrum. He wants what he wants, now! He doesn’t care if there are laws prohibiting what he wants.

In fact, he told one of his honchos that he would pardon him if he were prosecuted for ordering the closing of the border.

How about his comment about sending all the “illegals” at the border to sanctuary cities? Maybe put them on trains and transport them like cattle?

He also mused about the need for courts in dealing with asylum seekers. His attack on the courts is nothing new, but his recent comment elicited this response from US District Judge Carlton Reeves who in a speech called the Trump administration a “great assault on our judiciary” and compared the president’s criticism of the judiciary to tactics used by the Ku Klux Klan and segregationists.

Dictator wannabe Don would love to purge the courts of any judge that doesn’t do his bidding. This is a man who finds the rule of law a thorn in his side.

Slowly but surely, The Don is dismantling the government itself. He purges departments and places Acting Directors in place of nominating Directors, so he can control what happens in these agencies. This is what dictators do. They assume more and more power over aspects of the government until they have complete power.

The more The Don gets away with this binge on power, the more he will attempt to purge our democracy.

Thankfully, the courts have held their ground against The Don’s recklessness and protected the rule of law. Thankfully, the Democratic House is doggedly pursuing the truth about The Don’s transgressions and will hopefully expose more and more of his crimes. But without the Republicans, there is no chance of removing him from office. So we will have to purge him from the presidency by voting him out and hope the Republican lawmakers who have “Binged on Sycophancy,” wind up in the political purgatory they deserve.