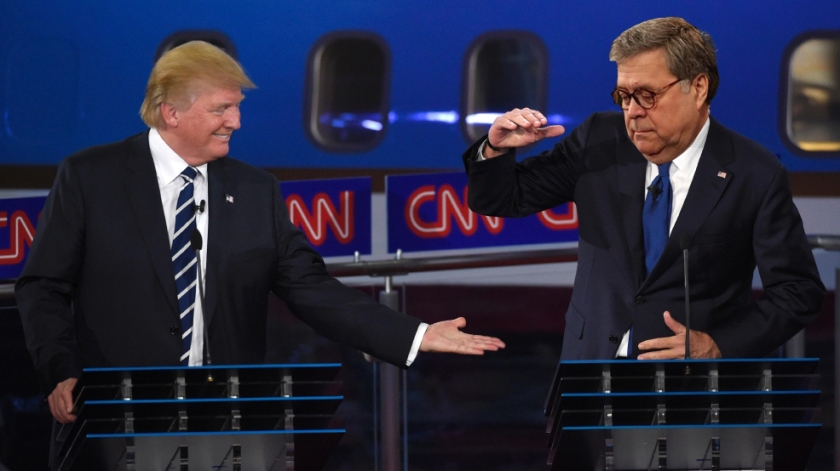 Hi everyone, Roy Barr here. Lovely crowd, though I am surprised with the turnout, that so many good Christian reporters showed up to this silly press conference and are not in church.

And Jews too! Aren’t you supposed to be busy preparing for the Seder? And got to say, the Israeli people and Jews everywhere are having a special Passover holiday. With the U.S. embassy moved to Jerusalem, the President having your back on the Golan Heights and tightening the screws on the Iranians, life is pretty good.

I must say that those billboards of Trump with Bibi are something to behold. He’s a rock star over there. Probably the only country that loves him more is Russia. Oops, just joking–that’s supposed to be redacted.

By the way, for the record, I would like to have the cameras pan the room to show that there are no Muslims.

Anyhow, I am not here to teach Sunday school on Holy Thursday. That’s funny, right-Sunday on Thursday. Ha!! Just here to chat with you before I hand over Robert Mueller’s report; just want to clarify a few things before the noise begins.

Some wonder why I am giving a press conference before allowing anyone to see the report.

Ever since Trump announced the news conference, I told him I should announce it so it wouldn’t look so obvious that I was working for him– people have been scratching their heads.

I get that most times in these situations the press has the documents so they can ask questions; but in this case I think justice will be served better if there aren’t any questions based on what is in the report. Questions might confuse the American people and I am here to make sure they get it right.

These days no one has the time, patience or desire to read 400 pages of anything. We want sound bites and summaries. After all, the president himself finds reading to be a waste of time and likes his intelligence briefings in bullet points. What better role model than your president? Details are tedious and bore most Americans, so I am doing a public service for the people by summarizing Mueller’s work.

Knowing how busy you are during the Holy Days of Easter and Passover, no Ramadan, no Ramadan, I know you appreciate this. After all, you don’t want to burn that ham or cook those tasteless Matzos too long, now do you? What happens if Jesus really does get resurrected on Easter and you still have your nose in this 400- page behemoth? Or you Jews, you might miss Elijah sneaking in for a cup of wine or back in the day, if you were reading this empty tome and you didn’t hear Moses knocking on the door saying: “Hey, grab your things. We re getting the hell out of Egypt!” 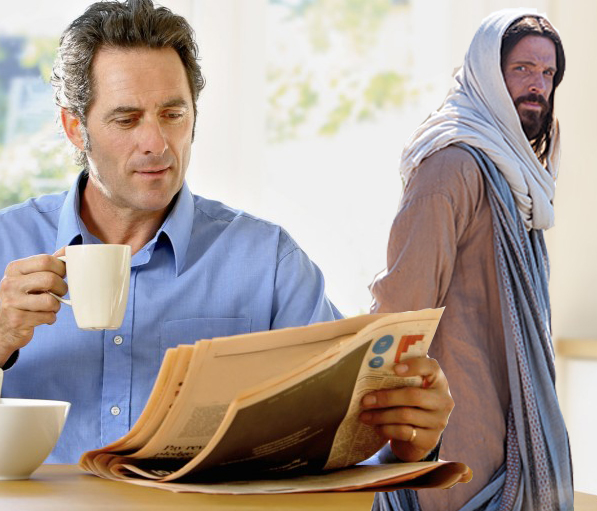 So I will end this press conference like this: There is no collusion, nor obstruction of justice. I thank Robert Mueller for his service to the country but now that his 22 month wild goose chase has ended, I’m sure he is thinking: “Gee, I could have played a lot of golf during that time.” And let me say, if any of you in here, or any of American decides to read this report, the footnotes are really annoying; be prepared to have to read the word Russia over and over and over again. It’s just so boring!

Also, I just want to thank Rod Rosenstein who is standing behind me. He has been my partner in crime, oops, I mean my side- kick, oops, I mean right hand man.

I also want to explain that Rod looks like a zombie because he is on a high dose of Valium. After all, he was the one who appointed Mueller and has so much shame and guilt about that he has had a nervous breakdown. In fact, as recently as February, Rosenstein said: “I’m very confident that when we look back in the long run on this era of the Department of Justice, the president will deserve credit for the folks that he appointed to run the department.” Last spring he also praised the president and said: “I don’t think there’s any threat to the rule of law in America today.” And Rod don’t fret as I will be finished soon and you will get to go back to the respite center. The nurse has your liquid lunch waiting.

Spoiler alert: Before I close I just want to mention a few of my favorite lines from the report.

The president is quoted saying he was “fucked.” When you read this best to think about the Access Hollywood tape, as that was a lot of fun.

Just love the reference to Jeff Sessions and the “shock collar.” After all he was such a dog, an un-loyal dog at that. The president was forced to place a shock collar on Sessions to jolt him in to un-recusing himself, but that stubborn twerp was quite a masochist and just absorbed the pain.

Then there is Sarah Huckabee Sanders and the forked- tongue, oops I mean “slip of the tongue.” Give the lady a break. People say things they don’t intend to say all the time. See I just said forked-tongue when I meant “slip of the tongue.” Let me tell you, it gets pretty slippery when you are speaking words that have been put in your mouth by the president.

Before I go, let me repeat the findings of the report once more in the simplest of terms: A big nothing-burger.

And go to Amazon.com to buy my version of the report called: William Barr Bares All

The book even addresses some of my motivations for doing what I am doing.

I had so much fun covering up during the Bush administration I thought I needed to do it again before I die. You know, bucket list second time around kind of thing.

I always wanted to be a hero, and by doing this I will achieve iconic status with the right-wing and maybe get a job on Fox News.

Maybe I will get my own Judge Judy show. Wouldn’t that be cool?

The president has moved Russian laundered money from his off-shore account to mine.

I was sick and tired of my old friend Mueller getting all the attention. And the truth is, I never wanted to go to his children’s weddings.