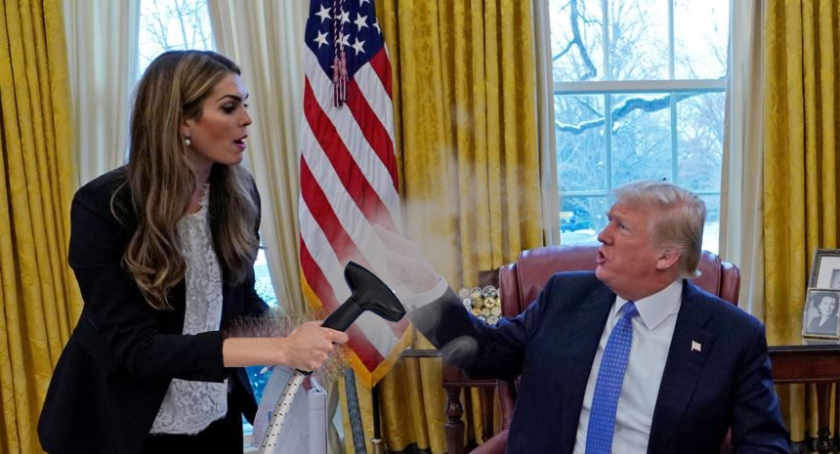 John Kelly summed up his experience in the West Wing by jokingly saying: “the last thing I wanted to do was walk away from one of the greatest honors of my life being the Secretary of Homeland Security–but I guess I did something wrong and God punished me.” Hey John, if you think this is punishment, wait till God gets through with you for being a liar, a supporter of a wife beater and someone whose idea of a fun Sunday afternoon is to see families torn apart by your racist immigration policies. Did you hear me, God?

For weeks now, there has been speculation that the Don was disappointed in Kelly’s handling of the Rob Porter debacle and that he too would be gone. Sort of ironic that The Don would be pissed at Kelly for doing the very thing he himself does so well: defending himself against accusations of his inappropriate behavior with women.

Speaking of being gone, a whopping 37% of the people brought on by The Don have moved on.

Let’s have a roll call of some of our favorites and what they may be doing now:

Steve Bannon: Gone and off to create Biosphere 3. This time instead of being a consultant and backer of Biosphere 2, he will be exiled there as he has been banished from public life. He will be working on the impact of climate change.

Reince Priebus: Gone and off to find a new name as he is tired of being referred to as “Rinse Pubis.”

Sean Spicer: Gone and getting divorced and eloping with Melissa McCarthy.

Rob Porter: Gone and please God going to jail for physically assaulting his wives. Hope you have some pepper spray, a baseball bat or maybe an AR-15, Hope Hicks.

Omarosa Manigault-Newman: Gone. She is now in a reality show where she whispers important things even though no one gives a shit about what she says!

Anthony Scaramucci: Gone (Only there for 6 days and hadn’t even unpacked his suitcase!). Working on becoming more of an idiot than he already is. Has enrolled in the School of Braggadocio and Emptiness. FYI, The Don was the first to graduate from this school: Only the best schools for the smartest people.

Tom Price: Gone. Denied healthcare and no matter how many flights he takes his frequent flyer miles never get credited. 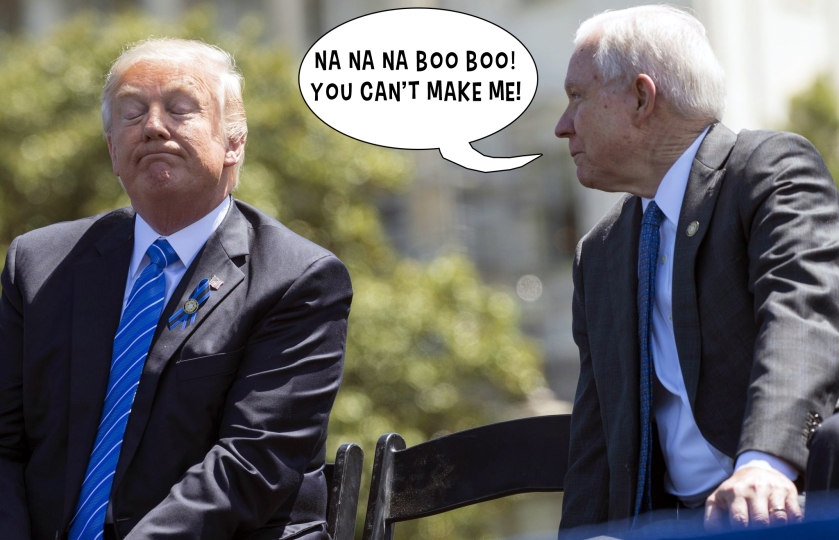 Paul Manafort: Gone and going, going, to prison where he can hide from Oleg Derispaska who has hired Michael Flynn to take him out because he owes him millions.

Jeff Sessions: Here! I am so here. And I had dinner with my buddy Rod Rosenstein. You can call me Mr. Magoo all you want, but I am still here. Dare you to fire me! 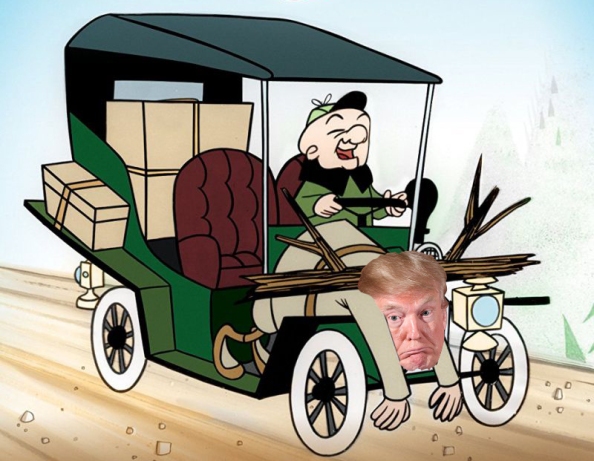 Jared and Ivanka: Almost gone? (And I am so hoping they are going to prison. Maybe Ivanka can add his and hers prison-wear to her collection)

And then there is Hope Hicks, The Don’s main squeeze. To quote the New Yorker writer Jia Tolentino’s tweet: “Goodbye to Hope Hicks, an object lesson in the quickest way a woman can advance under misogyny: silence, beauty, and unconditional deference to men.”

I don’t know about you but I think that is a bit harsh.

However, I believe she has earned a place in the Guinness Book of World Records for the fewest words ever communicated in public by a Communications Director. And according to Corey Lewandowsky’s new book, one of her many functions as The Don’s sidekick was to steam The Don’s clothes. “Get the machine he’d yell… “She’d steam the jacket first and then sit in a chair in front of him and steam his pants.”

I can’t even visualize that. She steamed him with his pants on? How do you do that without sometimes burning him or mistakenly steam somewhere that is not exactly where you should be steaming? Was she on her knees? Where were his “liddle” hands? What did her buddy Ivanka think of it all? After all, some called Hope The Don’s daughter in the White House? Remember when the Don talked about how hot Ivanka was and said if she weren’t his daughter, he would date her? Do you think Ivanka had to steam his pants? What do you think Melania thinks of all this? There are a lot of ways to do damage with a steamer, don’t you think? So many questions and yet so steamy.

So why did The Don’s confidant leave? Before I get to that let me ask: why was Hope Hicks there in the first place?

She had no experience in politics and barely any in communications, though she worked for Ivanka promoting her brand. So that makes sense, right? After all that’s what this White House is all about: self -promotion, branding of the Trump name and making money.

Her father had been the CEO of one of the biggest Public Relations firms in the world, so surely she would have absorbed all that knowledge making her a natural for the job.

The Don is man who compulsively needs to surround himself with beautiful women. Having a beautiful woman around him makes the “liddle” man feel bigly. Hicks, a former model for Ralph Lauren and once was one of the models for the covers of The It Girl, a Gossip Girl spinoff. Eye candy? 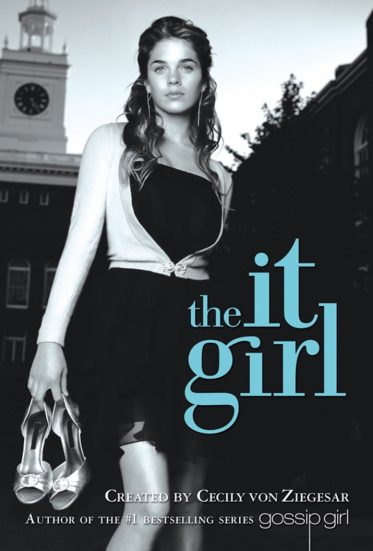 So The It Girl is eye candy for the emperor.

So why did The Don’s most favorite and loyal subject leave?

So as The Don’s world continues to unravel and he stalks the corridors of the West Wing like a wounded, feeling “liddler” and “liddler,” hope is fading and Hope is gone. The world just became a more lonely place for Mr. Bigly and soon Mueller may be tagging him and yelling out “you’re it!

One more question: Who is going to steam the Don’s suits now?