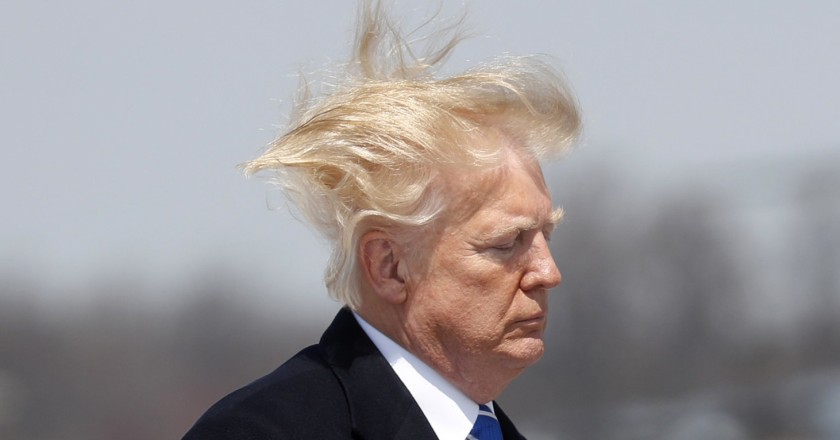 China, if you are out there, I want you to dig up dirt on Sleepy Joe and his stealin’ son, Hunter. They are criminals and we need to make sure corrupt people don’t get to be president. As you know, there has never been a more honest president than me! The whole Russia thing was a hoax, and it is really Ukraine we should be looking at to see how they influenced the 2016 election that I won by a landslide.

And what the hell are they giving out in Hong Kong to all those people are on the street every day? And what’s with all the masks? Maybe we should do a trade deal on masks. It’s like Halloween all the time.

Wait, they want to get rid of the masks?  I guess they are kind of boring. How about we send them masks of me?  A million Trumps walking around the streets of Hong Kong. Told you trade wars were easy to win. 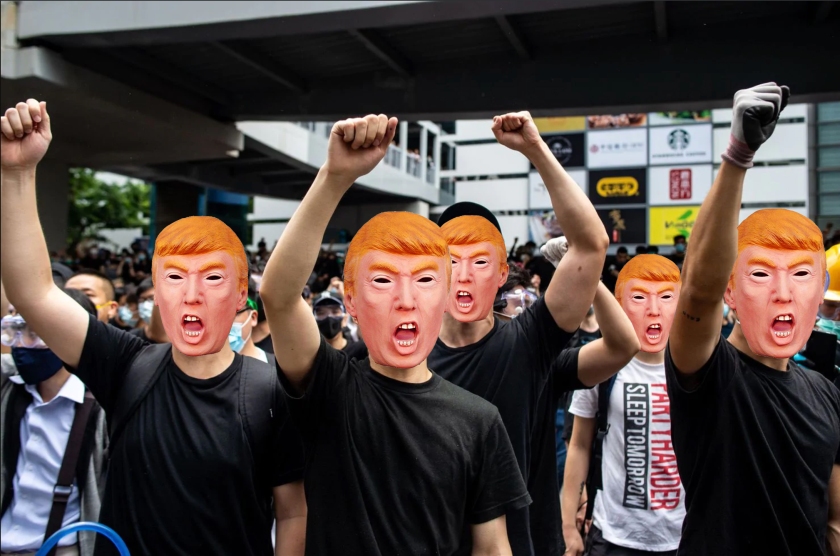 400 pound guy, if you are still sunk into your bed, I want you to dig up dirt on Sleepy Joe and his corrupt son, Hunter. You know, do a little research like you did with Hillary’s emails. You know, in between eating all those Cheetos. Who knows, there might be a position in the administration for you if you come up with the goods.

And people, it is time to call Elizabeth Warren the sex fiend she is. Don’t let those brains fool you. This cougar thing is one of the biggest scandals ever seen in the history of like, ever.  I mean, I haven’t seen the evidence yet, but it comes from some really reliable sources (right wing?) Can you imagine a 70 year old woman being an escort to a 25 year old marine? I never thought of Pochahontas as sexy- more like a school teacher, and definitely not my type- but this new story has me thinking in a different way about her. If it is true, and like I said, I haven’t seen all the facts- just like I didn’t see all the facts in the Khoshogi murder. I mean this is worse than the Access Hollywood tape. So we need to get to the bottom of this. Think I will get my boy Barr on this. Get him to start an investigation. After all, no man would be safe with a cougar in the White House!

And I just want to make one thing perfectly clear: I really didn’t want to get involved in the Ukraine thing. It was Rick Perry. He made me do it.

Really, Rick powerless Perry made The Don do it. It’s like Fredo in the Godfather getting Don Corleone to do something. And isn’t saying Perry made you do it another admission of you doing it? And if what you did wasn’t so bad why do you need to pawn it off on Perry? I thought you were proud about cleaning up corruption in the Ukraine. I am so confused.

And you know Barr, Pence and Pompeo were involved, too. Yes they were. Totally. Let’s face it: if those Dems are crazy enough to impeach the greatest president ever- even greater than Lincoln, once you get rid of that hat- then they are going to have to take us all down. My Republican cowards will never have us convicted because then Nancy Pelosi will be president. Can you imagine them voting for Nancy Pelosi for president?

You too Baron? We haven’t exchanged more than two words in months so what made you decide to tell me to call Ukraine? What were you thinking?

And how about the press conference with the President of Finland? The man was in such shock at The Don’s behavior that it looked like he was suffering from the Stockholm Syndrome. Oh, my bad, wrong country, as Stockholm is in Sweden, another country whose immigrants we would love to have.

With the Finnish president sitting next him The Don unraveled, declaring Democrats “guilty as hell” of corrupting the 2016 election, Mr. Biden “corrupt” and “less smart now than he ever was,” and the C.I.A. whistle-blower “a spy in my opinion.”

He saved his sharpest barbs for Adam Schiff, Chairman of the House Intelligence Committee, calling him “a lowlife” and “shifty, dishonest guy.” Referring to Secretary of State Mike Pompeo, the president said Mr. Schiff “couldn’t carry his ‘blank’ strap,” using the word “blank” instead of “jock” for the locker-room insult.

Oh Don, such a prude. It would have been so cool for you to use jock strap. The restraint was frankly shocking. I guess that’s the same restraint you used when you referred to A- hole countries. But then you used the word Bullshit on twitter:

“BULLSHIT.” He will not be a one-term president! That’s weak, like Carter, like Bush One! He cannot be WEAK like them! He cannot lose! It’s all an attempted “coup”!

Back to the President of Finland. Listening to The ravings of The Don, perhaps he was wishing the reporter would ask him about raking. Remember that absurdity during the fires in California?

(The Don had called Finland “a forest nation” that spends “a lot of time on raking and cleaning and doing things, and they don’t have any problem.” Turns out that Finland President Niinisto told local newspaper Ilta-Sanomat that he emphasized the use of a surveillance system – and doesn’t remember mentioning raking.)

So when Reuters reporter Jeff Mason asked Trump: “What did you, or what do you, want President Zelensky to do with regard to Joe and Hunter Biden?” after a White House memo revealed Trump asked Zelensky to “look into” them. Trump, furious, evaded the question, and a la Robert De Niro in Taxi Driver asked Mason: “Are you talking to me?” and told Mason to ask Finland’s president a question instead.

President Ninisto was so relieved he blurted out: “We have amazing rakes in Finland, The most beautiful rakes anywhere. The president just loves them.”