Sadly, I have to quote myself again. I ended my last piece “Fuck You to #MeToo” worrying that the great reprieve from the plow through of the Cravenaugh confirmation would be, to quote Grouch Marx, from the film about a Banana republic, “Duck Soup,” “a tragedy of a mockery of a sham.” Like most people I like to be right and say I told you so, but I would have been so happy to be wrong. 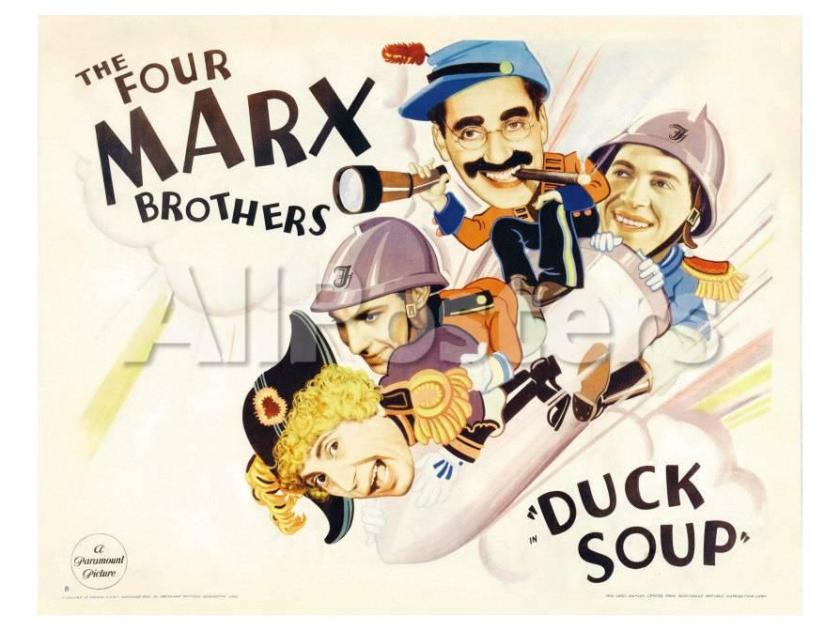 Turned out the F.B.I. “Flake Out” was a half -baked stake out. Hordes of witnesses willing to speak to the FBI, who could have provided corroborating evidence of Cravanaugh’s actions, were turned away. Turned out the investigation truly was a “tragedy of a mockery of a sham,” a CYA operation that allowed the Republicans to say they conducted an investigation.

As for the celebrated, tormented Flake, who rode in on his horse to stave off the vote, by requesting a full and fair investigation, his horse appears to have been a Trojan one, his anguish a temporary case of indigestion, or to use K’s definition of boofing, a little fart.

Have you ever heard of someone begging to talk to the F.B.I. about an investigation being turned away?

Can’t you just see them at the bureau?

The Sham is in.

Agent One: Damn, another letter from one of Blasey-Ford’s friends. What’s that 20 already?

Agent One: You ever blackout?

Agent Two: Can you believe he asked the senator that?

Agent One: Hey can you bring these over to the shredder? Then we will wrap up and go get a beer.

(Agent One covers the phone and turns to Agent Two)

Agent One: Got a live one here. How the hell they keep getting through? Thought we changed the hotline number?

Agent Two: Give me the phone. (Grabs the phone with annoyance.)

Phone caller: Anyone there?

Agent Two: Yeah, I am here.

Phone caller: As I was…

Agent Two: Listen mam, I’m sure you have something important to say, but me and my buddy have a date with some cold brewskys. Might even partake in the devil’s triangle if the night is in our favor.

Phone caller: But, I can corroborate… 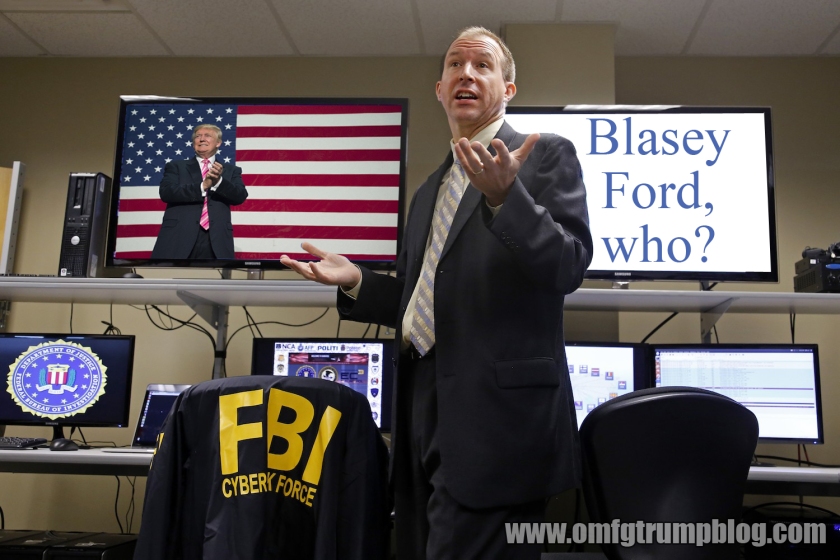 Agent One: Man, these people are so persistent. Hope the next case we get put on has this many people wanting to come forward. Be a slam dunk to solve.

Agent Two: Sure would. Now let’s go get that beer.

Cravenaugh said in a 2015 speech “to be a good judge and a good umpire, it’s important to have the proper demeanor.” He added: “To keep our emotions in check. To be calm amidst the storm. On the bench, to put it in the vernacular, don’t be a jerk.”

With the baseball playoffs in full swing I will take the liberty to play umpire.

Cravenaugh digs in at the plate, here comes the pitch: proper demeanor: Strike one!

Cravenaugh grimaces and pouts but digs in again. Here’s the wind-up and the pitch: Be calm amidst the storm: Strike Two.

Cravenaugh is fuming. He glares at the umpire, and kicks some dirt. He taps his bat loudly on home plate and sets his fiery eyes on the pitcher: Here comes the pitch: Don’t be a jerk: Strike three you’re out!

“It’s a conspiracy against me!,”yells the batter.

The umpire is hinting to the steaming Cravenaugh that one more word out of him and he will get thrown out of the game. The umpire moves closer and whispers in his ear, “Quit while you are ahead, ’cause I haven’t even called you on the sexual assault shit!”.

Even retired Justice John Paul Stevens came out with a statement that Cravenaugh should not be confirmed! There is no precedent for a former justice denouncing a potential justice’s appointment.

The Don decided to take off the gloves and stop pretending he had one iota of concern for Blasey Ford. Like he has with so many women: from Meghan Kelley, to Rosie O’Donnell, to Maxine Waters, he took off the gloves and went to his playbook of derision and mockery and ridiculed Blasey Ford. And his base loved it! Cheering and jeering as he made fun of a courageous woman who uprooted her entire life in an attempt to make sure a sexual predator would not be elevated to the Supreme Court. Soon he will be having his cult chanting: “Lock her up!”

The Don did not stop at Blasey Ford and decided to appeal to young men and their parents decrying how vulnerable young men are in this age of #MeToo, when at any moment some scornful women could turn on them and ruin their life.

“I say that it’s a very scary time for young men in America, when you can be guilty of something that you may not be guilty of,” he told reporters. Adding that “women are doing great.”

He even mocked former Senator Al Franken for resigning from the Senate, even though there was corroborating evidence of Franken’s inappropriateness.

“Boy did he fold up like a wet rag,” Trump laughed at a rally this week in Franken’s home state of Minnesota. “He was gone so fast. It was like: ‘Oh, he did something.’ ‘Oh, I resign. I quit.’”

And then we have North Dakota Rep. Kevin Cramer, the Republican challenging Sen. Heidi Heitkamp, going one step further suggesting the allegation of sexual and physical assault — even if it’s true — should not have disqualified Brett Cravanaugh from the Supreme Court.

And then we have the tragedy of a mockery of a sham of the Senator from Maine who I have renamed: Selusional Collins. Selusional gave a 45 minute aria on due process and sunk millions of women’s hearts when it became obvious that she was going to support Cravenaugh. Selusional is delusional to think that Cravenaugh’s promise to not undo Roe Vs Wade is real. Everything in his record screams out that he will. The Don stated that all his nominees to the court would be conservatives who would undo Roe.

So there we have it. A craven sexual Predator-in Chief and his Predator Justice. There presence is a powerful reminder of how vulnerable women are. Their presence is a reminder that women’s voices are not to be taken seriously.

As for women, they need to keep making their voices heard. They need to run for political office and move these white male power brokers out to pasture. You have tremendous political power and you must persist in the face of this “tragedy of a mockery of a sham!

On a hopeful note:

In the midst of a global reckoning over sexual violence, a woman who was forced into sexual slavery by the Islamic State and a Congolese gynecological surgeon were awarded the Nobel Peace Prize on Friday for their campaigns to end the use of mass rape as a weapon of war.

The award went to Nadia Murad, 25, who became the voice and face of women who survived sexual violence by the Islamic State, and to Dr. Denis Mukwege, 63, who has treated thousands of women in a country once called the rape capital of the world.