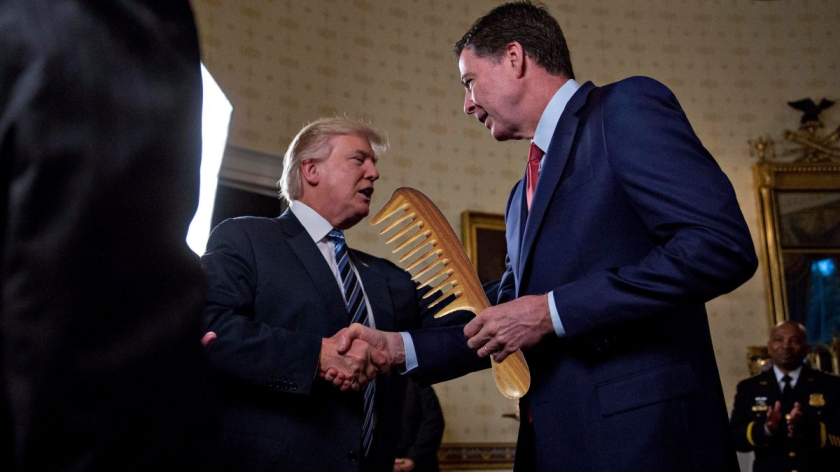 There have been some epic battles that have captured America’s imagination. Ali-Frazier, Batman-Joker, Bugs Bunny-Elmer Fudd, and now Comey vs The Combover (aka, the Don.)

This battle represents nothing less than the catchphrase from Superman: “a battle for “Truth, Justice and the American Way.”

What follows is an imagined dialogue between Comey and the Combover as they duke it out. (All things in quotes are actual words of the two, the rest are my words.)

The Don: We talked about counter-terrorism operations and you gave me a detailed briefing of present threats to our security and Russia’s involvement in our elections.

Comey: But the you just wanted to talk about the salacious details circulating in the Steele dossier related to the “peeing” incident in Russia. You were like a broken record with: There’s no tape, there’s no tape.

“The conversation, to my surprise, moved into a P.R. conversation about how the Trump team would position this and what they could say about this… “I don’t remember any questions about, ‘So what are they going to do next; how might we stop it? What’s the future look like? Because we’ll be custodians of the security of this country.’ There was none of that.”

The Don: That’s ridiculous. The Russian stuff had no impact on my winning. None! And there is definitely no collusion. No collusion. And anyway, do I look like a guy who needs hookers? “There’s no way I’d let people pee on each other around me.” I am a known germaphobe. And there is no tape, no tape.

The Don: That’s  just some locker room talk between me and Putin. You wouldn’t understand it, Mr. goody two shoes. And as far as Stormy and the other one goes, that’s different. Those women wanted to have sex with me. Everyone wants to have sex with me; I am Donald Trump!

Comey: Did you really bend over and let Stormy Daniels spank you? I am visualizing that and man that is so gross.

The Don: Do I look like the kind of guy who would let a woman do that to me? She is lying.

Comey: Given that you are “a serial liar who treats women like “meat,” it is hard to believe you would make yourself so vulnerable; but you are a serial liar, so I’ll go with Stormy’s account. 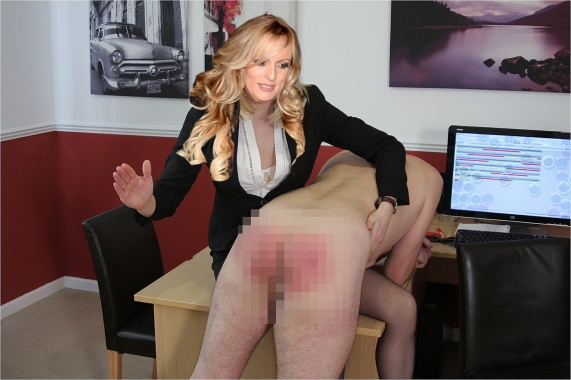 Comey:  I’ve got intel that you went to a club in Las Vegas where dancers in the past had simulated sex acts in shows featuring bestiality and grotesque sadomasochism.

Two acts even had a ‘golden shower’ routine.

Heard they considered but rejected having a little person portraying you for a custom show as a ‘transvestite mini-Trump. (Excerpted from David Corn and Michael Isikoff’s book, Russian Roulette.) 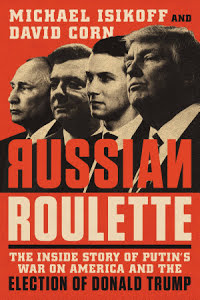 I am visualizing that and given your small hands a miniature seems about right.

The Don: Well you are just a repressed guy who only does it in the missionary position. I have intel that you dress up in women’s clothing. And did I mention that you are a leaky lying slime ball. And to quote one of my Tweets:

Slippery James Comey, a man who always ends up badly and out of whack (he is not smart!), will go down as the WORST FBI Director in history, by far! There is no tape, no tape.

Comey: To quote my book:

“You are a stain on everyone who worked for you. You are a serial liar and morally unfit to be president.”

You are a leaky lying slime ball. And to paraphrase Sarah Huckabee: firing you will go down as one the greatest things of my presidency.

Comey: Steve Bannon thought your firing of me was the biggest mistake “maybe in modern political history.”

The Don: Who is Steve Bannon? I think we met like once? He betrayed me, too.

Let’s go back to someone who is loyal to me, unlike you: Sarah. She trashed you and your fictional book.

She called it “nothing more than a poorly executed P.R. stunt… She said it was an attempt to “desperately rehabilitate his tattered reputation and enrich his own bank account by peddling a book that belongs in the bargain bin of the fiction section.”

She said: Comey will be forever known as a disgraced partisan hack that broke his sacred trust with the president of the United States, the dedicated agents of the FBI, and the American people he vowed to faithfully serve. One of the president’s greatest. achievements will go down as firing director James Comey.”

I just love Sarah. She’s like my personal Pitbull. She would eat your child if I asked her. 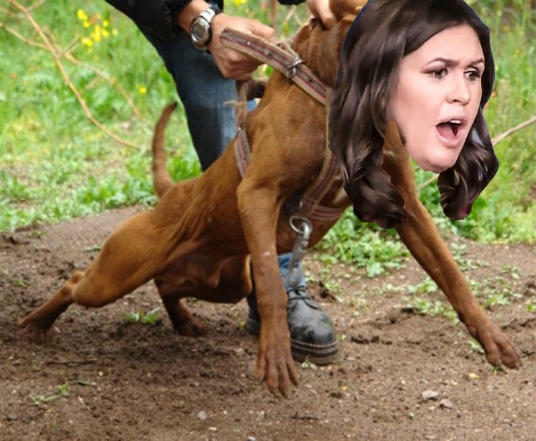 Comey: Loyalty? You fired me because I wouldn’t guarantee my loyalty. I wouldn’t swear my allegiance to you; I wouldn’t let the Flynn thing go; I wouldn’t stop investigating Russia’s influence on our election. My loyalty was to our country, not to you.

The Don: Lying Leaky slime ball let me quote one of my tweets:

“I never asked Comey for Personal Loyalty. I hardly even knew this guy. Just another of his many lies. His “memos” are self serving and FAKE!”

Comey: Let me quote from my book:

The Don: Don’t sell me short regarding shaking and breaking. And by the way, there is no tape, no tape.

Comey: I was giving you the benefit of the doubt, but I guess the truth will be known when they go through your fixer, Michael Cohen’s files. Man was that raid a thing of beauty or what?

The Don: You know what’s a thing of beauty: firing your leaky liar slime ball ass. As Sarah said: it will go down as one of my greatest accomplishments.

Comey: At least you accomplished something.

Comey: You seem to forget that firing me gave our country Robert Mueller. So who is going to get the last laugh?

The Don: Robert Mueller is a farce. Sean Hannity reminds me of that every day.

Comey: Speaking of farces, turns out Hannity shares the same lawyer. Also, you really have to lose that combover. How many hours does it take you to get it so perfectly coiffed?

The Don: Don’t fuck with my hair, you hear me, you slime ball?

Comey: You and your combover are going down. Don’t you think it’s ironic that my name is Comey and you are Mr. Combover?

The Don: Don’t fuck with my hair?

Comey: I am not going fuck with your hair, just Comey over it.

The Don: There is no tape, no tape.