The Don finally rolled out his long awaited vision for infrastructure as part of his 4.4 trillion dollar budget plan. I have to admit that I was filled with such anticipation, that the night before its release, I struggled to fall asleep. The Don once again touted his skills as a master builder and wanted America to know that he found infrastructure “sexy.” To The Don, infrastructure was as exciting a wet dream as tax-cuts were to Paul Ryan. I bet Melania was so relieved that his new fling might be less “Stormy.”

So The Don’s “sexy” comment augured well for one hell of a night. When I finally fell asleep, I had dreams of bridges, new roads, modernized airports, fast speed trains to parallel Tokyo and much of Europe.

When I woke up, I felt refreshed and brimming with hope. But then sadly, reality set in and I wished I could go back to sleep and recreate the place where sexy dreams happen.

Once again our Bloviator-in-Chief deflated us, as all that bluster turned out to be a big nothing: a 1.5 trillion dollar infrastructure budget that included only $200 billion from the federal government. The rest would come from the states and the private sector. So the great builder would contribute about 15%. I don’t know about you, but I won’t be driving over any of those bridges, as you never know at what point the money runs out and you can’t get to the other side. Speaking of bridges, as of 2016- 9.1% of the nations were considered structurally insufficient; there were 188 million trips across one of these bridges each day!

What’s really upsetting to me is that The Don didn’t borrow more money from Russian oligarchs for his infrastructure plan: so much of what he has built has been financed by them; frankly, its egregiously un-American.

The infrastructure of The Don’s administration is taking a hit, too.

Guess it is ‘sexy” to ignore the F.B.I. and give perpetrators of domestic violence special powers. Turns out that almost everyone, including the cleaning crew, has security clearance.

We’ve now learned that The Don’s pitbull attorney Michael Cohen paid Stormy Daniels out of his own pocket and is not saying much about whether he was paid back. Do you know any lawyers who give $130,000 to strangers, benefiting their clients, without billing their clients? If you do, can I please have their contact information?

Scott Pruitt, Dismantler-in Chief of the EPA, who has been flying first-class on the taxpayer’s dime, claims that when he sat with ‘regular people’ they said mean things to him. Poor Pruitt doesn’t like to be called names and bullied. Supposedly, one coach customer yelled out: “Thanks for fucking up the environment!”. I want to meet that person and make them the head of the E.P.A.

Then there is the head of the V.A., David Shulkin, whose wife used taxpayer money to fly to Denmark for a “special recognition dinner” which didn’t exist, in order to justify paying her expenses.

And Kristen Gillibrand continues to take on The Don’s past use of his grabby small hands and personal infrastructure, calling for The Don to resign because of the many allegations of sexual assault made against him. The Don’s response is to denigrate the Me Too movement.

No matter what you do, whether its infrastructure or Stormy Daniels or Roy Moore, you just can’t get away from sex in this administration.

Now that we have updated the palace intrigue in The White House of Lies, let’s return to The Don’s infrastructure thingy.

In a stroke of budgetary genius, The Don has giveth and taketh away. The total budget plan compensates for the new infusion of infrastructure spending in part by slashing existing transportation programs, which would be cut by $178 billion over a decade, according to a detailed budget breakdown the Trump administration sent Monday to Capitol Hill. Grants to Amtrak would be halved, from $1.2 trillion to $538 billion, while the Army Corps of Engineers, which manages vast amounts of public infrastructure projects, would see a more than 20 percent cut.

So, in actuality, when you do the math, and subtract 178 billion from 200 billion, you have a 22 billion dollar plan. And by cutting the Army Corps of Engineers by 20% you have less oversight, which means less accountability and compromised safety. Another reason not to traverse that bridge!

Turns out that the master-builder’s overall budget proposal was mostly all hot and bothered about building up the military. We definitely need more fighter jets and nuclear weapons. Why build a road when you can build a killing machine?

Surprise, surprise, the budget proposal contains at least $1.8 trillion in cuts to federal entitlement programs such as Medicaid, Medicare and food stamps. Another wet dream for Paul Ryan! The formula is simple: Tax cuts to the rich paid for by cruel cuts to the disabled, elderly and poor people. America gets greater everyday!

The Don is also pressing forward with plans to slash funding for the Environmental Protection Agency, despite Congress’s rejection of a similar plan last year. The budget blueprint would pare the agency by $2.8 billion, or 34 percent from its current level, while eliminating virtually all climate-change related programs. It would also cut the agency’s Office of Science and Technology nearly in half, to $489 million from its current $762 million. 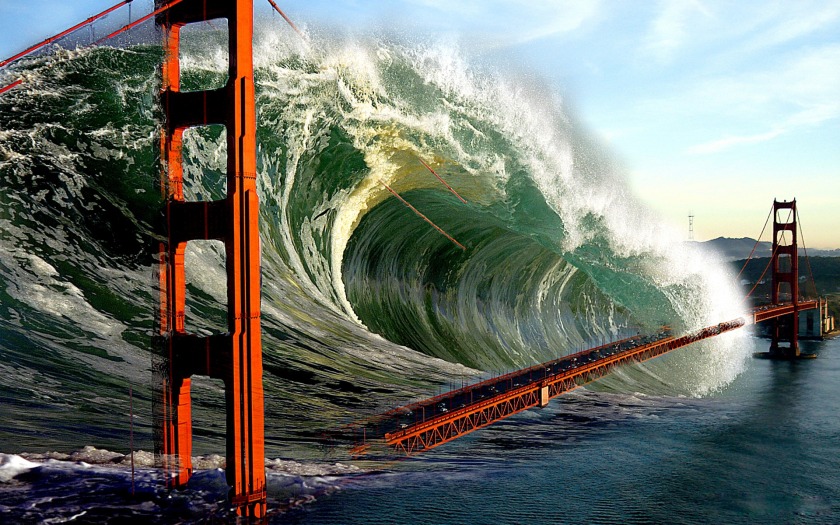 Neutering the EPA is a great way to promote infrastructure, well at least the destruction of it. The cost to repair damaged infrastructure from the most recent hurricanes in Texas, Florida and Puerto Rico is extraordinary. Without a vital EPA working to understand the impact of climate change and implement programs to deter it, more devastation is in our future.