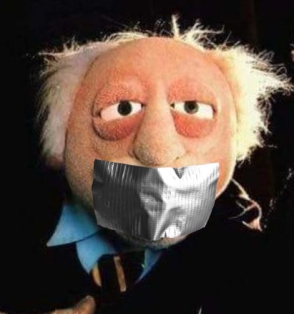 It has been reported that The Don consulted the Deputy White House Counsel  to find out what he could do to stop “sloppy Steve” from spilling. If The Don did do that put another check box in the “Obstruction of Justice” column, as presidents are not supposed to do those kind of things. But what’s new? None of this should surprise us, as The Don has been operating outside the rules his entire life.

Besides switching from puppet master to puppet, Bannon transformed his appearance by shaving and looked more like a good Catholic school boy, then the fiery Leninist he professes to be. He was so cute!

There was a rumor that Bannon, who told all to Michael Wolfe in his book “Fire and Fury,” was tempted to talk, but was repeatedly shown the scene by his lawyer, Bill Burke, from Austin Powers, when Dr. Evil keeps telling his son to shut up.

Oddly, Burke is also representing White House lawyer, Don McGahn,, who would be the one communicating with Burke to tell Bannon to invoke executive privilege. Huh? Burke is also representing Reince Priebus, former White House Chief of Staff. Will someone please explain to me how one lawyer could be representing three different people that  may have different interests on the same case? He must be one heck of a lawyer and better be highly organized and make sure none of his files get confused. Another possibility is that The Don and his people have used up all the lawyers in town and now they have to double and triple up. 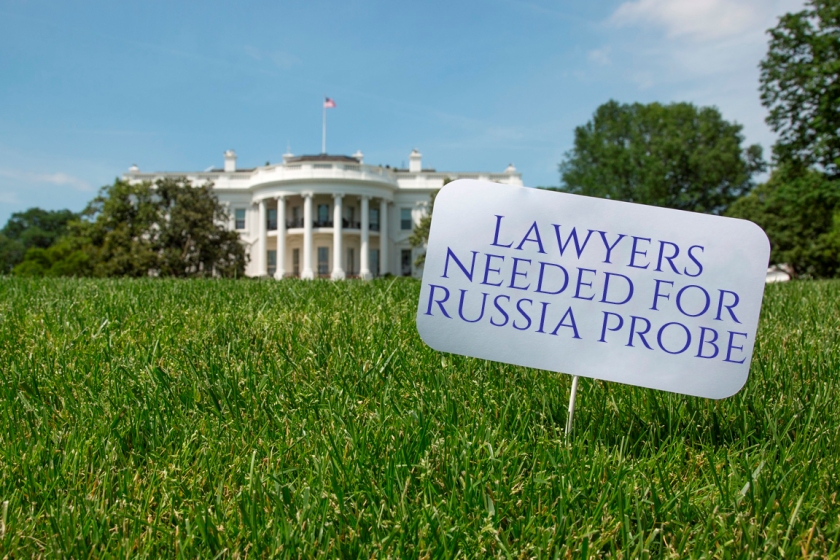 But wait, wait. Then it turned out that according to John Kelly, the White House did not tell Bannon to invoke executive privilege. Perhaps that is true (though the lies and denials that emerge from 1600 Pennsylvania are so rampant, who knows), but it didn’t change the outcome: Bannon still refused to answer questions. So instead of Yo dude, E.P., he said “Yo dude, not gonna.”

Either way the rebellious populist infuriated the committee. They were so annoyed that they served up a steaming hot subpoena during the hearing; but despite the subpoena, guess what: Bannon repeated his “Yo dudes, not gonna” mantra!

During this day, it was revealed that Bannon was also subpoenaed by Robert Mueller to meet with the special prosecutors team. That’s pretty awesome. Two subpoenas! It’s like cooking a lobster, not once, but twice or “double baked potatoes” or “double cooked pork”, one of my favorite Chinese food dishes. Any way you look at it, the heat has been turned up.

Turns out that Bannon did slip up once when he told congressional investigators he had spoken with senior White House staffers about the infamous June 2016 Trump Tower meeting that Don Jr., Paul Manafort and Jared Kushner had with some Russians offering dirt on Hillary Clinton. For any of you who don’t remember, that was the “I love it” meeting that was really about Don Jr.’s love for adoption and how to get Russia on board with allowing us to adopt their children. Just want to say that if Sarah the Huckster Huckabee ever applies to adopt Russian children they should simply say nyet!

Though Bannon will testify again to the House Intelligence Committee under subpoena, it appears that Robert Mueller’s subpoena will trump it and he will get to turn the heat up on Bannon first. Bannon has worked out a deal that allows him not to have to testify in front of a grand jury and just meet with prosecutors separately. (In a grand jury setting the members of the jury get to ask questions as well. Phew, the populist will be saved from being confronted by the “people.)

Bannon will not be allowed to invoke executive privilege in this scenario and claims he will be fully cooperative with the investigators.

Me thinks that after some small talk like “Steve, you look so much better, 5 years younger, since you lost the beard,” they will be wanting to know about his statement in Michael Wolfe’s book where he accuses Don Jr., Paul Manafort and Jared Kushner of “treason” in regards to that famous meeting with the Russians about adoption and that there was a “zero” chance The Don did not know about the meeting.

It should be quite a show and given his disdain for Jared, Ivanka and Manafort, Bannon may take no prisoners. In other words, he will first fry and then bake them. As far as Don Jr. goes after he is “cracked like an egg” he too will hopefully be fried.

This should be of no concern to the White House, right?  After all, Bannon had “very little to do with our historic victory” The Don railed, after Michael Wolfe’s tell all book came out.

In fact, The Don stated “Steve Bannon has nothing to do with me or my presidency,” Mr. Trump said. “When he was fired, he not only lost his job, he lost his mind… Steve was rarely in a one-on-one meeting with me and only pretends to have had influence to fool a few people with no access and no clue, whom he helped write phony books.” The only thing missing from this comment is The Don saying: Bannon was just this sloppy guy who was just another coffee boy like George Papadopolous.

All I have to say, is that if the Don barely knows sloppy “dumped like a dog” Steve, he must really be scared of coffee boys as he is sure trying hard to make sure he doesn’t make any deliveries. Guess The Don is worried that Bannon will fry and bake him, too?