The driving force behind any narcissist is not only a continual need for approval, but also a need to be special. You are never wrong, everyone else is. If people don’t admire your greatness and have the audacity to criticize you, they are losers, disloyal and devalued, so you can maintain your greatness.

The grandiose belief, that you are beyond reproach and you are the most special person in the world, leads to delusional thinking-the creation of your own reality despite facts to the contrary- that support your beliefs. (For instance: after The Don won the election, I persisted in the belief that it didn’t happen! and kept referring to President Clinton,)

A perfect case in point is The Don’s insistence that he has accomplished more than any other president in their first 10 months in office. Actually, he has accomplished less than anyone, if you consider legislative achievements; if he is speaking about the most lies ever by a president, making the U.S. a laughing stock around the world, showing the most love for Vladimir Putin, increasing the real possibility of a war with North Korea, appointing the most unqualified people to his cabinet, having 4 members of his campaign and administration plead guilty to a special prosecutor, then he has accomplished the most, ever! But I doubt that is what he is referring to. 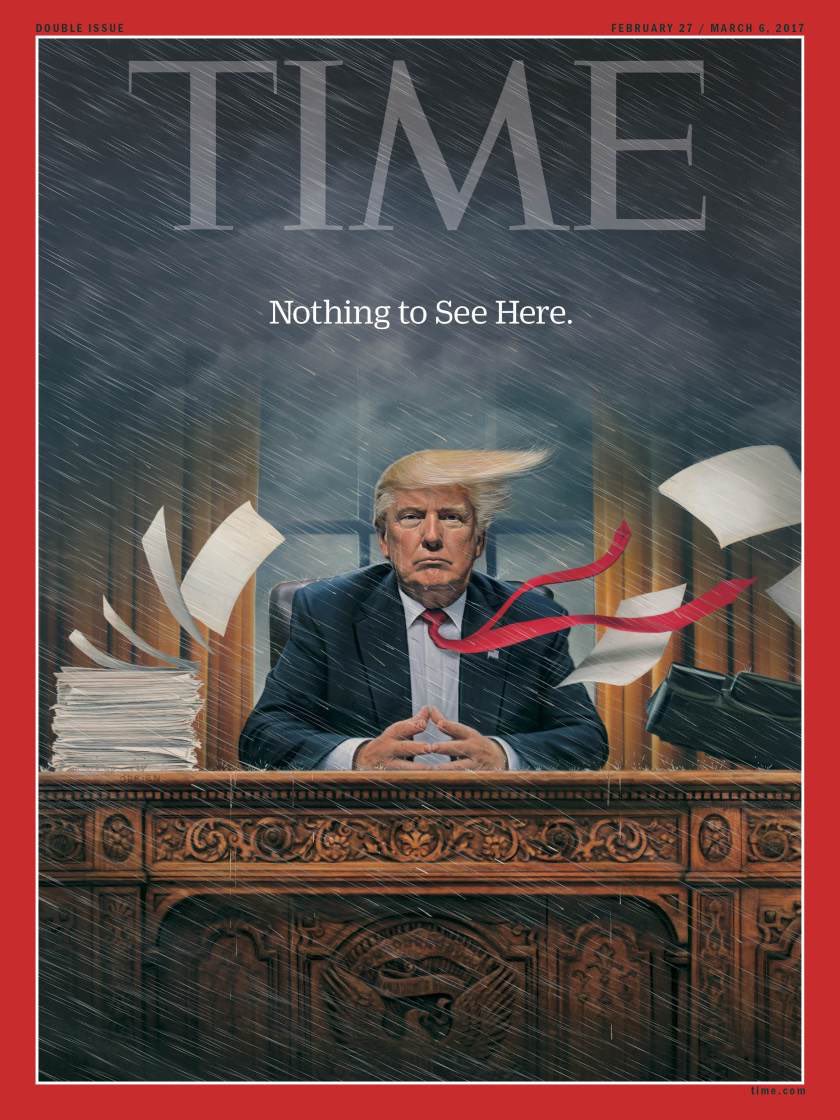 His magnificent achievements further include insulting the most allies, the most groups of people (Muslims, Blacks, Jews, Latinas, the disabled, Transgender, Native Americans), and he definitely has used the words very, very, very, believe me, special and beautiful more than any other president.

And a few more things: he is the most incompetent, unknowledgeable, buffoon to ever occupy the oval office.

Now that I am through with his achievements, let’s get back to delusions.

Delusional thinking is dangerous in the hands of someone in power. When facts have no value and truth is relegated to one possible way of seeing things, then there is trouble. When it is the President of the United States that is delusional, then the stakes are terrifying.

Almost a year in to his presidency, The Don is still claiming he won the popular vote and that there were more people at his inauguration than Obama’s. Despite indisputable facts, he is having a commission pursue the delusion that 3 million people voted illegally. Despite indisputable photographs showing Obama’s crowd size was much greater, he still persists in the delusion that there were more people at his inauguration. The idea that Obama or Clinton out did him is a devastating blow to his specialness. His internal world cannot tolerate these facts, so he creates alternative realities (delusions) to restore the pecking order with him on top. Even being the president is not enough for The Don!

But now we have maybe the most remarkable attempt at rearranging reality yet. He has now claimed that the voice on the Access Hollywood video might not be his.

Yes, that access Hollywood video, where dapper Don waxes poetically, that when you are as special as him, women will let you do anything you want to them, even grab their pussies, is not his voice.

When The Don offered his hurried and wooden apology to what he said on the Access Hollywood tape, it was pretty obvious to me that there was no sincerity in it and that he was doing his advisors bidding. It looked like he had just swallowed a glass of the hideous liquid you have to down before a colonoscopy. I wouldn’t be surprised that after the statement they had to rush him in to a sound proof room so he could rage.

The Don was forced to admit wrong-doing by his political advisors to calm the raging political storm. The Don doesn’t ever admit he is wrong because his specialness doesn’t allow for it.

That admission ate at him; it drove him crazy; like a foreign objects stuck in one’s eye it needed to be discarded.

But he has really outdone himself by claiming that the voice of the person on the Access Hollywood video wasn’t him.

I contest that given the internal disturbance resulting from his apology (for his comments on the video) coupled with the country’s focus on sexually inappropriate behavior, that he created a delusional reality to re-establish himself as incapable of ever doing anything wrong.

Who could it be that was speaking his words?

Was Billy Bush a ventriloquist?

Hillary Clinton who studied with Alec Baldwin to perfect his voice?

Barack Obama, who certainly has reason for revenge and little else to do with his life so he committed himself to imitating The Don?

Was it the “400 lb.”  somebody sitting on his couch taking a break from hacking in to the DNC?’

Wouldn’t it be great if we all could claim that we weren’t the person who said what we said?

You could call your parent all kinds of awful things and claim it wasn’t you who said it.

You could tell your boss to “fuck off.”

When your partner catches you declaring  your love for someone else on the phone, you can say: “What the hell are you talking about?

The Don’s pathological need to deny reality and declare everything that doesn’t jive with his world view fake news, has been been ratcheted up a notch: now everything that he has said on the record is up for grabs, too!

Coming soon to a theater near you “Mystery Theater, in Five Parts:”

It wasn’t The Don speaking to James Comey when he told him to let the investigation  in to Flynn go.

It wasn’t The Don telling Lester Holt of NBC News that he fired James Comey because of the annoyance of the Russia investigation.

It wasn’t The Don’s voice that asked numerous senators to get off the Russia investigation.

It wasn’t him with Mike Flynn during all those rallies.

He never said Mike Flynn was a great guy who got a bum deal.

Luckily for us, now that Flynn is going to sing to Robert Mueller, it is his voice that we will shatter the denials and delusions.

Even the morally bankrupt Republican cronies will have to hear reality in Flynn’s words and wake up from their own delusional world and confront the facts: that the man running our country obstructed justice and colluded with the Russians.

As far as The Don is concerned, it is highly likely, as the walls close around him, that he will retreat in to a world of greater and greater delusion, become even more erratic, petulant and represent a more clear and present danger than he already is. And hopefully, facts will matter again and these facts will result in the end of his presidency. And when it is all said and done, The Don will probably admit to nothing and say: I never said I wanted to be president. It is such a loser job. And thanks for the billion- dollar tax break, suckers!

P.S. Like many who are trying to keep up with the dizzying pace of what is going on, this article was originally going to be about The Don’s comment that he was to be named Time Magazine’s “Person of the Year.” As has been the case before, other events superseded this, though the theme of narcissism and specialness are connective tissue between the two pieces. So as an added bonus, let me leave you with my top five Time Magazine Covers for “Man of The Year.” First The Don’s tweet and Time Magazine’s response:

Time Magazine called to say that I was PROBABLY going to be named “Man of the Year,” like last year, but I would have to agree to an interview and a major photo shoot. I said probably is no good and took a pass. Thanks anyway! (By the way, the award is now called “Person of the Year” but given The Don’s misogyny it is not surprising that he still refers to it as “Man of the Year.)

The President is incorrect about how we choose Person of the Year. TIME does not comment on our choice until publication, which is December 6.

He may well indeed get his mug on Time’s cover but below are six choices of what they could be. Which is your favorite?

P.P.S. The Person of the Year award profiles a person, a group an idea or object that for better or worse has done the most to influence the year. Some pretty nefarious people have won. Former winners of Time Magazine’s Man of the Year award: Hitler, Khomeni and Stalin.

But this is my favorite: