The definition of Mulligan, according to Wikepedia, is “a second chance to perform an action, usually after the first chance went wrong through bad luck or a blunder. It’s best known meaning is in golf, whereby a player is informally allowed to replay a stroke, even though this is against the formal rules of golf.” Or more succinctly it is a “Do-Over.” In the world of The Don, there is another word for it: cheating! We would expect nothing less of the “Great Prevaricator,” who hasn’t met a rule or law he wouldn’t break.

It doesn’t take much imagination to believe that The Don, who just loves, loves, loves his golf (he has played 20% of the days he has been in office), could easily be anointed  “The Great Mulligan.”

Stories abound about The Don cheating in golf.

“On the next hole Trump hit into some bushes and again went ahead of the other players in his cart. When the rest of the group got to the green his ball was 3 feet from the hole.”

When the actor Samuel Jackson was asked what the difference between his game and The Don’s was he said “ I don’t cheat.”

Rick Reilly, former sports columnist for Sports Illustrated and now at ESPN, said that Trump is “an 11 on a scale of 1-10 when it comes to cheating.”

Numerous professional golfers who have played with The Don over the years acknowledged that he takes multiple mulligans in a round without a second of consideration. He has been accused of cheating on his score -card. He also has claimed he has won 18 Club Championships, though investigation in to this claim did not corroborate any of this.

Most recently, Lindsey Graham had his turn on the links with The Don and has sworn on the bible that The Don scored a 73 on a windy day. (These days swearing on the bible should be renamed the hypocritical oath, evidenced by the large percentage of Evangelicals who support The Don despite his blasphemous ways!)

And Lindsey Graham knows he is lying about The Don’s score; who knows what he was offered to do so, not that Graham needs any incentive for lying, as he lied like a fox about how great his failed healthcare plan was.

The Don’s golf game is the perfect metaphor for who he is: a lying, cheat who has no respect for any rules; he is a blunderer who makes up stuff in order to project himself as great, no matter how much he shanks it. His most recent shanks are his over the top insistence that he is doing an amazing job in Puerto Rico’s recovery from hurricane Maria and that he is the greatest when it comes to calling gold star families, unlike Obama.

I don’t know about you but I wouldn’t want to play golf with a lying, cheat who always has to come out on top. So I say: Mr. Mulligan-in-Chief, it is time for America to take a page out of your book and take a mulligan. America desperately needs a “Do-Over.” And that “Do Over” can come in the form of the 25th Amendment.

Put simply, the 25th Amendment, allows the Vice President to become president in the event of death, resignation, removal from office or impairment that prevents the current president from fulfilling their duties.

In the Don’s case, the relevant clause is: “impairment that prevents the current president from fulfilling their duties.”

I am no fan of Mike Pence, but he is so boring he wouldn’t know how to create the chaos that is the bread and butter of The Don’s presidency. Good chance he would not be escalating a nuclear war, attempting to stifle free press, erode the checks and balances of our judicial system and make America so un-great and an embarrassment on the world stage.

Mental Health experts have puts forth the proposition that The Don’s severe personality disorder, often referred to as “Malignant Narcissism,” makes him a danger to the country and the world, creating what is known as a Duty to Warn. The term originates from the 1976 Tarasoff case, in which a psychologist was sued for not warning someone who was murdered by their patient who had explicitly threatened to do so. 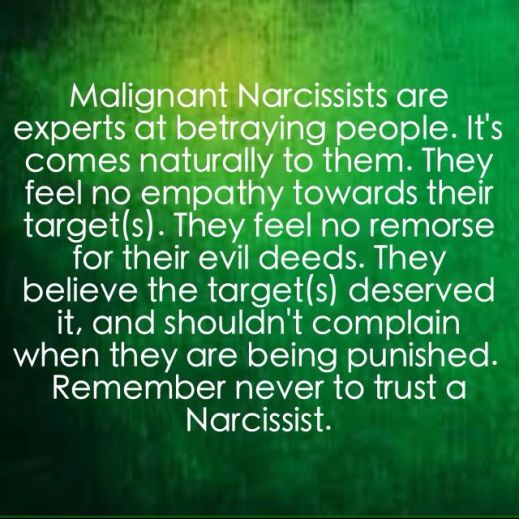 Clearly the choice of the title of the book reflects the stark nature of the crisis we are in: The Don’s pathology places the entire world at risk.

Senator Bob Corker, the Chairman of the Foreign Relations Committee and one of The Don’s ardent supporters during the campaign and his presidency stated:

“Trump was steering the nation “on a path to World War 111.”

“We just have to spend all day containing him from making trouble. It’s Ok when you are 7. When you are 71—and the President of the United States–it’s, um, not OK.”

“He concerns me. He would concern anyone who cares about our nation.”

“Secretary of State Rex Tillerson, Secretary of Defense, James Mattis and Chief of Staff John Kelly were the only people keeping the country from descending into chaos.”

That sure sounds like Corker is exercising his “Duty to Warn.”

Here are 25 reasons why we need the 25th Amendment to be invoked:

1.When The Don was told about the existence of the 25th Amendment he responded: “what’s that?”

2. Secretary of State, Rex Tillerson, called him a “fucking moron.” Why: because he suggested we should increase our nuclear capacity 10 fold.

3. His irresponsible, taunting behavior toward North Korea is bringing us close to a nuclear war.

4. He is a pathological liar

9. Numbers 5, 6, 7 and 8 make him the kind of person who will exact revenge on anyone who does not adore him or whom he perceives has wronged him. Case in point, are his attempt to erase all of Obama’s achievements. Obama was more adored than he (he also had more people at his inauguration!) and Obama insulted him during the Washington Correspondents Dinner in 2011; he was humiliated in public and the sting from that experience 6 years ago ignites is alive within him today as if it happened yesterday and ignites his need for revenge.  And oh yeah, Obama is black and we know how the Don feels about those people.

10. He lacks any of sense of history, nor does he have any interest in it.

11. He is a racist and has fomented and given voice to White Supremacists.

12. He, his family and his appointees violate the Emoluments Clause on a daily basis.

13. He chose Mike Flynn to be NSA director after being warned that he was likely compromised by the Russians.

14. He chose a man to be Vice President who is afraid to sit in a room with a female alone. (Perhaps because he is scared of the beast within him? Oh Mikey!)

15.  He put his son-in-law Jared in charge of everything, including brokering Israeli-Palestinian peace, though he knows nothing about anything..

16. He has attacked free speech relentlessly decrying “fake news” when ever any news organization has something negative to say about him. Recently he has suggested we look at the licenses of certain news organizations and perhaps not renew them, directly taking on the First Amendment. Most absurdly, he doesn’t know that NBC or CNN don’t have licenses!

17. He has attacked judges and the courts in an attempt to accrue absolute power.

18. He pardoned Joe Arapaio, a known racist, who was convicted of criminal contempt of court for defying a federal judge because of his violation of the constitutional rights of Latinas.

19. Pigs are more compassionate (See my piece: “Pigs are Smarter than you think.”)

19. He is a sexual predator

20. He has single handedly devalued the American brand around the world and has leaders everywhere frightened by his instability.

21. He thinks climate change is a hoax perpetrated by the Chinese. He has removed us from the Paris Climate Accord and ordered his hatchet man, Scott Pruitt, to dismantle many of the regulations that have been put in place to slow the pace of the potential devastation facing the planet.

22. “He hired Paul Manafort, who has extensive ties to the Russians to be his campaign manager.

23. He made Steve Bannon, editor of Breitbart News, an Alt-Right News organization, one of his chief advisors and strategists.

24. He attempted to create unconstitutional bans on Muslims entering in to our country.

25. He is a thug, demagogue and contemptible human being!

Will Republicans take heed of how they are placing our country at risk or will they ignore the peril of this man for political reasons. Can these invertebrates grow a spine? The fate of our nation depends on their evolution! America needs a mulligan! 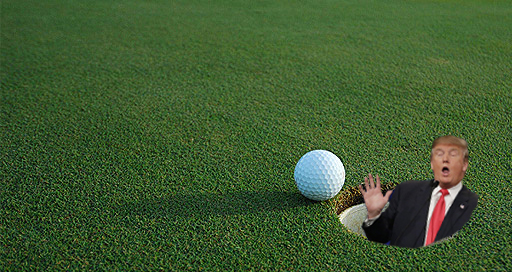