The Don was able to convince millions of voters that he need not hand over his taxes like every other candidate. This ploy was just another example of his powers of persuasion and grandiosity. His acolytes loved his defiance, as he answered to no one, especially politics as usual and the mores of the Belt Way.

Confronted about his refusal  to reveal his taxes, Hillary Clinton, during one of the debates, accused him of not pay any taxes The Don’s glib and smug  response to this was:: “Well, that would make me smart, because a tax is a big payment. But a lot of people say that’s the kind of thinking they want running this nation.” Talk about turning lemons in to lemonade! He shifted a potential embarrassing moment in to a victory (at least to his minions) with a shout-out to beating the system and perhaps criminality. The man who is known for “The Art of the Deal” was telling his followers that they could be like him and out fox the system. Follow me and I will set you free from the I.R.S. That’s the kind of man we want running the country.

He claimed he couldn’t release his taxes because he was being audited, though he never presented a document from the IRS authenticating that. And anyway, it was made clear by many, that being audited did not preclude releasing your taxes. I will release them when the audit is done, said the Chief of Mendacity.

Of course, the American people never got to see them and will never get to see them if it is left up to The Don. The huckster doesn’t have a transparent bone in his body. He has spent his entire life in his ivory tower manipulating others, doing whatever he wants and answering to no one. The line between legal and illegal is blurred with him; I would venture to say this line is irrelevant. Making money and building his brand are his guiding principles and he doesn’t give a fuck about whom he has to screw to get what he wants. Lie, cheat and steal; the end justifies the means.

But The Don doesn’t live in his ivory tower anymore, though he acts as if he does. His actions as president are constantly under scrutiny and unlike before, he can’t just pay someone off, sue them, obfuscate or bluster enough to make what he doesn’t like go away. When you are mafia Don, you can make things “disappear.” When you are President Don, when you fire the Director of the F.B.I., because he won’t do your bidding and think nothing will happen, your delusions of your omnipotence are punctured. Not only do you not get the Russia investigation to vanish, you get Robert Mueller, the special investigator. That didn’t happen in Trump Towers, the enemy didn’t come back stronger, more determined.

It must kill him that Comey out-foxed the fox as it was his testimony and his handling of his intimidation that spawned the special prosecutor. Comey knew what kind of person he was dealing with and made sure others knew that he was using his bully pulpit to stop the investigation. He must hate Comey almost as much as Obama, who was a real president: thoughtful, moral, a man with integrity and with a deep commitment to the rule of law. Comey, too, has these qualities. The Don finds it incredulous that everyone doesn’t have a price. They just ruin everything.

The Don can tantrum all he wants about the Russia investigation being a “witch hunt”, but maybe for the first time in his life there is no “get out of jail free card.” This investigation is going forward taking you kicking a screaming all the way.

Obstruction of justice charges loom from your firing of Comey. Mueller now has access to your original letter regarding Comey’s firing which will shed more light on your true motivations. You have had nasty interactions with senators, most notably Mitch McConnell, asking them to protect you from the investigation. For someone who has had no dealings with the Russians, you are sure working hard to squash any conversation about it.

In a smart move, Mueller has joined forces with New York State Attorney General, Eric Schneiderman, looking into the financial shenanigans of Paul Manafort, a man you claim you only knew for a day or two? This should concern you, as prosecutions that take place within the state judicial system are unlike federal prosecutions; your capacity to pardon is nullified. Who knows, maybe Jared’s finances are next; maybe yours as well?

Then we have the 10 -hour testimony of Glen Simpson, the head of the opposition research firm Fusion GPS, who hired Christopher Steele, a former British intelligence agent, to dig up negative information about The Don. The “dossier”, most known for its golden shower “pee” video, may prove to reveal irrefutable evidence of your collusion with Russia.

Mafioso Don just can’t believe that he can’t pull a poisonous rabbit out of his hat and make it all disappear.

So many delicious ways for you to be brought down, but my money is on something else: your taxes. When Mueller engaged the IRS Criminal Investigation Unit the howl in the West Wing was so loud it sounded like a trapped wounded animal.

The IRS Criminal Investigation Unit is a tight knit, specialized and secretive unit. They are the only federal agency that can investigate violations of the Internal Revenue Code. Like Labrador Retrievers, who are famous for ferreting out the smallest morsel of food, these T-men find the money.: their filet mignon is money laundering and tax evasion. 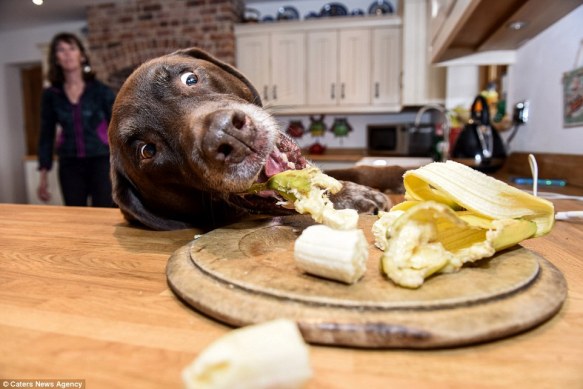 Mueller knows his history. He knows that despite Elliot Ness’s high profile attempt to bring down Al Capone, that he was brought down by the painstaking obsessional examination of documents by a T-man named Frank Wilson; it was an unassuming accountant that nailed Capone on 23 counts of tax evasion.

The brash man with the big orange hair and angry snarl, who may have avoided paying taxes, has met his match in an army of hunched over, unassuming accountants. Goliath may have met his David. No wonder you are howling, as the Tax Man Cometh and when he comes knocking at the door, well, think: Al Capone. 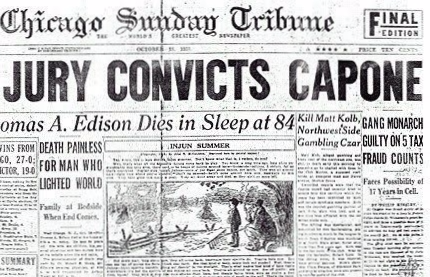