Now that we have moved on from leaks to tapps. Twitter should really step up and have an auto-erect (oops, I mean auto-correct) function. With The Don at the helm, many of us already feel like the kid at school whose pants fell down on the way to the blackboard, so please Mr. President, if you are going to accuse Barack Obama of tapping your phones, can’t you just save what little self -respect we have as a nation and spell it right? Your latest spelling misadventure in to paranoid projection has single-handedly brought us down another notch in international reading scores. The good news is that we have moved closer to the top of the heap in moral turpitude!

If I am trying to give The Don some slack, I can see where the extra P in tapp might have come from. On some unconsciousness level he wanted to implicate Jake Tapper in the conspiracy, as he has really been on his case, not to mention that The Don is jealous that Tapper outpost’s him on twitter.

But I think he used pp because he feels so trapped by this Russia thing; it’s just ruining everything! Your folks promised you if you stayed on the teleprompter for an hour that the clapping would never stop; you would finally be granted the gravitas you desperately seek and be seen as so bigly presidential that people would stop worrying and just leave you to destroy everything Obama did.

And then there was that sstupid guy named SSessions who muffed page two of your training manual on “How to lie to a confirmation hearing committee and make them love you”. Oh, you must be so raving mad about this botched up lying. Don’t think anyone has ever seen tantrums in the West Wing quite like this. The sad part is that when you do ask for Ssessions resignation it won’t be because he spoke to the Russians but because, like crazy Mike Flynn, he got caught in a lie. Now who’s left to protect you? Maybe the sartorial twins, Pence and Ryan, who were so adorable in their matching suits and ties during your inaugural address to congress?

So the man, with the little hands, who wants to be larger than life, who has aggrandized and lied about his accomplishments since he could speak, who still believes there were more people at his inauguration than Obama’s, that millions of people voted illegally, reinforcing the alternative fact that he actually won the popular vote, the man who rode the wave of the “Birther” thing in to the White House and who is still burning from Obama’s ridiculing of him during the Washington Correspondents Dinner in 2011, has gone for the nuclear option. He has claimed Obama- a “bad (and sick?) man” -wire tapped his phones in Trump Towers during the campaign.

Of course, he has no evidence, unless you consider some whacky alt-right Breitbart News article making the rounds at the daily morning briefings; but who needs evidence. After all the Don had over 60 million people vote for him even after insisting he saw thousands and thousands of people in Jersey City celebrating on 9/11 or that he lost hundreds of friends in the towers, when he lost none.

Accusing a president of wire tapping him is some heavy stuff! Even Senator Lindsey Graham reflected this when he remarked that one way or another- if The Don leveled false allegations or if Obama convinced the F.B.I. it needed to be done because of the nefarious goings on with the Trump team and the Russians, that Trump could be in deep dog doo.

Some will say The Don is using his genius for distraction, obfuscation and redirection to take the heat off. Perhaps there is some truth to this, but in my mind this is a classic case of the narcissist’s desperate need to preserve his psychological integrity by projecting all that he is being accused of on to someone else. Obama is the perfect foil, as his favorability’s are better than Trump’s and he hates this. But the hole The Don has dug for himself keeps getting deeper because this Russia thing won’t go away. And he is incredulous about it because in his world if you don’t like something or someone you just bully, sue or destroy it until it disappears. 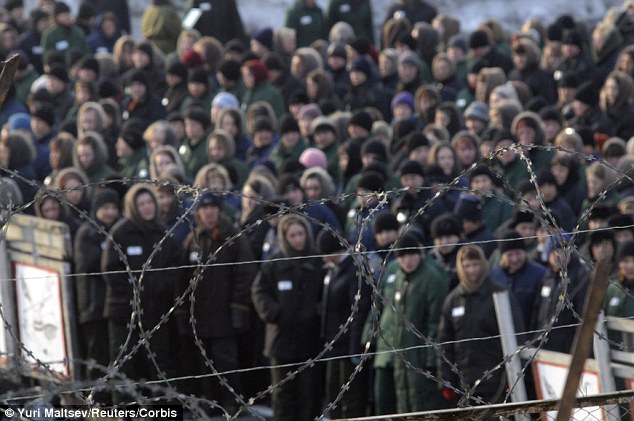 What amazes me about this new round of “Can you believe he tweeted this?” is that respectable people in the media, case in point, Van Jones of CNN, saw his teleprompter performance as some kind of come to Jesus moment as president, when in fact it was just the same old lies and self aggrandizement. People who should know better were bestowing accolades on him because he could read and stay on point for an hour or create an emotional moment by manipulating a grieving widow who lost her Navy Seal husband in a dangerous mission that was decided at the dinner table between the appetizers and the main course? Whose death was blamed on the generals and whose father didn’t even want to meet with the president? Please!

People in the media who fell for that should be as mortified and embarrassed as the guy from Price Water House who gave Warren Beatty the wrong envelope at The Oscars. Guess what he was doing: Tweeting! “ To think that a man as emotionally compromised as The Don could sustain being “presidential” for more than 24 hours without going on the attack on twitter because of being slighted, criticized or things not going his way, is to keep persisting in the delusion that he can be different. His most recent tweet about being tapped may be his most over-the-top accusation yet, but it is just another 140 characters in The Don’s alternate reality. Wake up people!