(Watching CNN) That is such Fake News. This is not a Muslim ban, I’m just banning Muslims to protect our weak nation from those who want to destroy us. Now Christians, we love Christians; we will take all the Christians from those seven countries. Jake Tapper you are such a loser. You and that Don Lime or Lemon guy, or whatever his name is–what the hell’s the difference anyway as they are both fruits! They are personally responsible for CNN tanking. When you banned Kellyanne it was game over. You and that fake judge in Washington are going to be personally responsible for everything bad that happens in this country. You have brought the art of lying to a new level.

Oh, it’s 9:30, let me call Melania and Barron before they fall asleep. Lime, I mean Lemon, whatever, did you just say that my ratings are the lowest of any president? I have a tweet for you: CNN spouts lies again about my popularity. Millions more people secretly love me and just haven’t said it: millions of valentines arriving at WH every day.

Oh yeah, Melania, have to call her.

“Melania, it is very lonely here. When are you going to move in?”

“What! This is ridiculous. Tomorrow I am going to get my special pen and sign an executive order that declares that  you must move here immediately.”

“You and your stupid pen. I heard that you sign things without even knowing what you are signing.”

“Listen, Melania, these are just lies, lies, lies; it’s the media telling lies. You know me, Melania. I am a very honest person. Faithful, too!”

(Longest pause ever!) “Donald, please, you know you don’t read anything.”

“And if you tell anyone about my reading…”

“Well, you know, Melania; you know what we know and now that I am the great ‘Deporter-in-Chief’ you really don’t want to go there!”

“Oh Donald, I am just teasing you; you know it makes me hot when you are destroying people’s lives.”

“What did you say? I didn’t quite get that.”

“Oh, I just was whispering to one of the staff and said get me some tea.”

“Oh, ok…. You know Melania, it made me hot when you sued that newspaper for libel. Lawsuits are better than golden showers.”

“I am going to destroy that newspaper for hurting my brand.”

“Now that’s my girl! And Melania, I am going to destroy Nordstrom for messing with Ivanka’s brand.”

“There you go again with Ivanka. Maybe she should just stay with you in the White House!”

“I’m not responding to that. Can I say hello to Barron?”

“Barron doesn’t want to talk to you. He says you have ruined his life. All the kids at school hate him and he never gets invited to birthday parties anymore.”

“What’s the name of his school again?” And what grade is he in?”

“I am going to have Betsey D. look into it.”

(Back to CNN) Look at this breaking news: Mitch McConnell I love you. Someone finally shut up that fake Pocahontas Warren. Mitch grew some balls! Got to tweet this: McConnell goes nuclear on Warren in Senate. Shuts that bitch…oh, maybe I should erase that…shuts that pussy…ooh, probably not cool, but boy would that feel good. I am so sick of the P.C. shit! Ok, let’s see: My man McConnell puts Pocahontas back on the reservation. Tells her to “shut the fuck…oops, shut up for trying to bring great man Jeff Sessions down!

I can’t believe it! The Lime/Lemon guy is still talking about Frederick Douglass. They said I don’t know who he is. Lies! Fake News! I’ll show them! I will ask Frederick to come to the White House to straighten things out. We will take a picture together that will shut these liars up! Maybe I will even give him a cabinet position. Be nice to give Carson a buddy to sit with at the cafeteria. What do they want from me? I did such a nice thing by honoring black history month. No gratitude. I even have put MLK’s bust in my bedroom to honor him. I am so not a racist! This loneliness is driving me crazy. I can’t sleep. Look, how much of a racist can I be if I have MLK in my bedroom? I can’t believe it’s only 1:00. I so much need it to be 3:00 AM. I need my tweet! I can’t sleep. Maybe I’ll wander the halls in my bathrobe. It is such a beautiful bathrobe. I can’t sleep. Is it 3:00 AM yet?

“What, is there someone here?”

“What’s going on here? My doc did say that getting so little sleep could cause me to hallucinate.”

“This is craziness; there is no one here. Need to sleep more but I can’t because I must have my 3:00 AM tweet and there are so many things to sign. I am going to get the guard.”

“Go ahead, Donald. But think before you act.”

“But what will they think when you tell them there is someone talking to you and there is no one here but us?”

“They will think you are more out of your mind then they already do.”

“So what do you want from me?”

“I want you to write another tweet about what Mitch McConnell did to Elizabeth Warren because she wanted to read what my wife wrote about Jeff Sessions.”

“That’s the craziest thing I ever heard of. You can’t make the president do anything!”

“Donald, the craziest thing I ever heard of is the president having a conversation with a bust of me. And the second craziest thing is that there is a black man in your room. Now given how hard you worked to get rid of the black man that occupied this room before, well…. If they find out, your presidency will be toast…. So what will it be?” 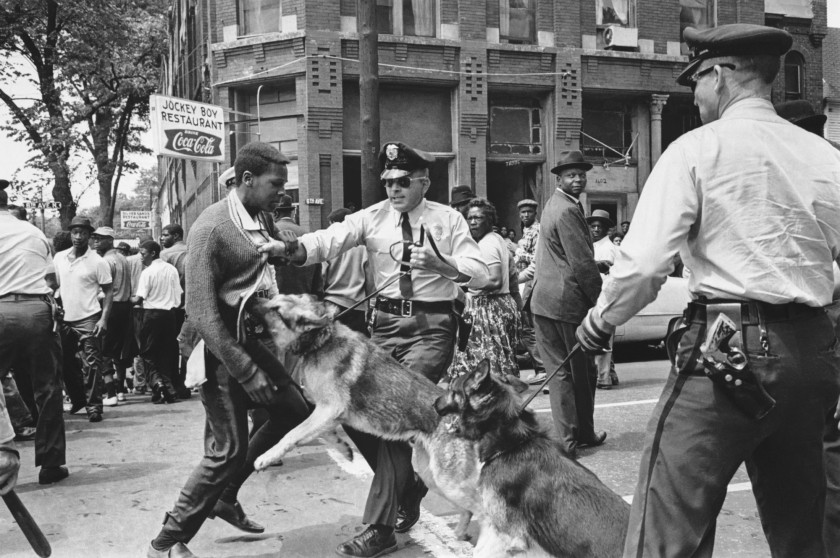 “You will get yours. Don’t worry.”

“Think I’ve already gotten mine. Now Tweet: McConnell out of line on Warren. Coretta’s words should be heard. Let Warren speak! MLK has been advising me on this!”