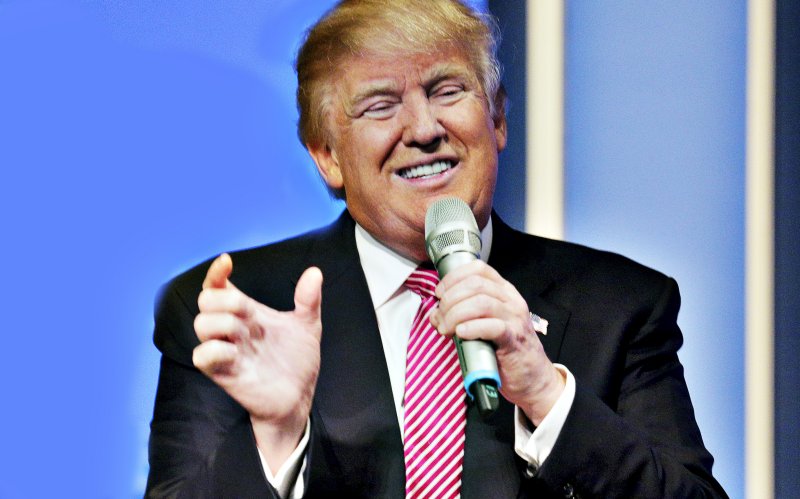 You could say that the history of Western Civilization is a Dick thing. It is about assertion, power, dominance and all that manly stuff. It is about phalli: spears and arrows, guns and torpedoes and SIZE does matter. (Think hands!)

Sorry, sorry, sorry, I promised myself I would never start off a piece by inserting a Dick thing but that’s the point. The Dick just finds a way, must have its say. I could have said lovely lumber, or as James Brown might have said “Licorice Stick” or even been demure and said private parts, but frankly nothing packs the punch like Dick. Freud, with all his penis envy shtick, is in some cocaine parlor in the sky, sucking on a cigar, smugly smirking and thinking “duh”? 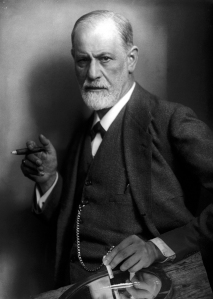 It must have been some Saturday night, a venerable circa jerk 1989 when Dick Nixon and “The Don” hung together. “The Dick and “The Don” and the Dom Perignon flowing like a Watergate leak. The kibbutzing about their exploits. The former prez, the future prez chatting away like partners in crime: two tricksters; two “ I am not a crook” kinda guys, “The Dick” riffing on how he fucked the country, “The Don,” being brilliantly prescient on how one day he would fuck the country; oops, I mean make America great again!

The occasion was part birthday celebration for John B. Connolly, former Governor of Texas and his wife Nellie and part fundraiser. “The Don’s” social capital was on the rise as a result of Tony Schwartz’s best -seller about him called the “Art of the Deal.”

A few years before the gala, John Connolly, who lost his shirt in a terrible oil spill, filed for bankruptcy, which certainly must have been a real opportunity for him and “The Don” to discuss war stories. It got so bad for the former governor that he was forced to sell all his belongings at auction to pay off his creditors. Ah, once in a while “filthy lucre” does get it comeuppance. Amen!

That same year of Connolly’s  financial nosedive,  Nixon had written an unsolicited letter to “The Don” stating that his wife thought he was the cat’s meow and that if he chose to run for office he would be a winner. As the evening progressed and the bubbly flowed, “The Don”, who was on cloud nine, says that Nixon leaned over to him and whispered sweet nothings in his ear. “They were the sweetest nothings you could ever hear. I didn’t know that the whisper of nothing could be so awesom 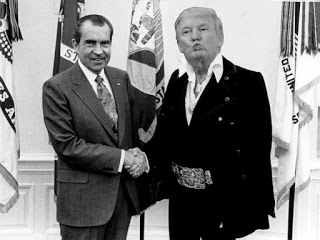 e. And to be honest, information kind of bores me, so I was delighted there was nothing to think about. And despite what they say, that my inspiration for running for president came after that Muslim insulted me at the White House Correspondent’s Dinner (terrible food-wouldn’t even serve it to my dog!), it was Nixon’s whispers that set it all in motion.

But now that I reflect back on that evening, I remember he did say three things: “Make sure you hire someone with the doggedness and paranoia of J. Edgar Hoover; lie as much as you can get away with and honor our relationship with China. China, that’s my legacy, my baby.” I whispered back “Mr. President, when I get to be president, I promise I will honor these wishes. And now that I am about to be president I will certainly honor the first two, but China? Nah! After all he did tell me to lie as much as possible.” 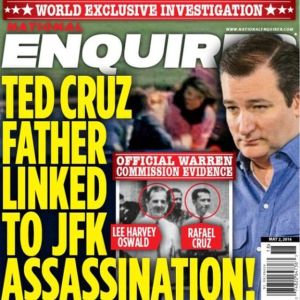 P.S. Factoid: Did you know that John Connolly, as governor of Texas, was riding in the car with J.F.K. when he was shot and killed by L.H.O. and in the one bullet theory, it is surmised that the bullet went through Connolly first before killing Kennedy?  I don’t know what to think about all of it. . Maybe we should ask Ted Cruz’s father?